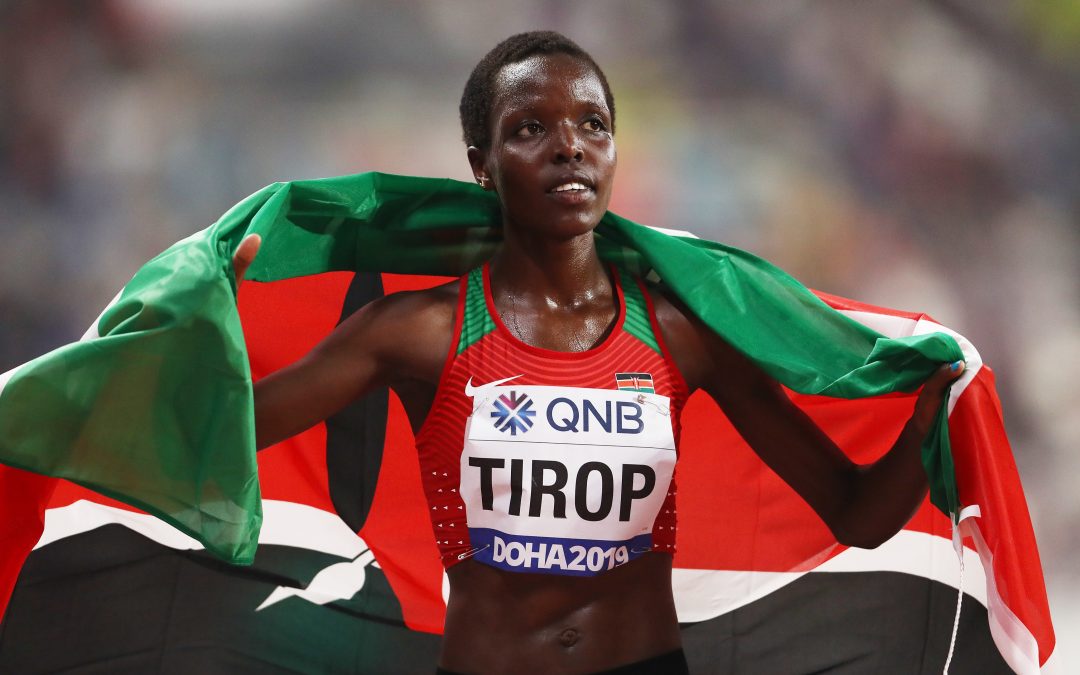 Tirop’s lifeless body was found earlier today in her house in Iten, Elgeyo Marakwet County with stab wounds in the abdomen.

According to a statement issued by Athletics Kenya, It is suspected her estranged husband is behind the killing.

Announcing the tragic death, Athletics Kenya (AK ) in a statement  said they are distraught to learn about the untimely death of the World 10,000m bronze medalist , stating that Kenya has lost a jewel who was one of the fastest-rising athletics giants on the international stage, thanks to her eye-catching performances on the track.

Last week, she finished an impressive second, timing 30:20 at the Valencia Half Marathon.

Tirop’s decorated CV also includes a World Cross Country title in 2015 during which she made history as the second youngest medalist at that level.