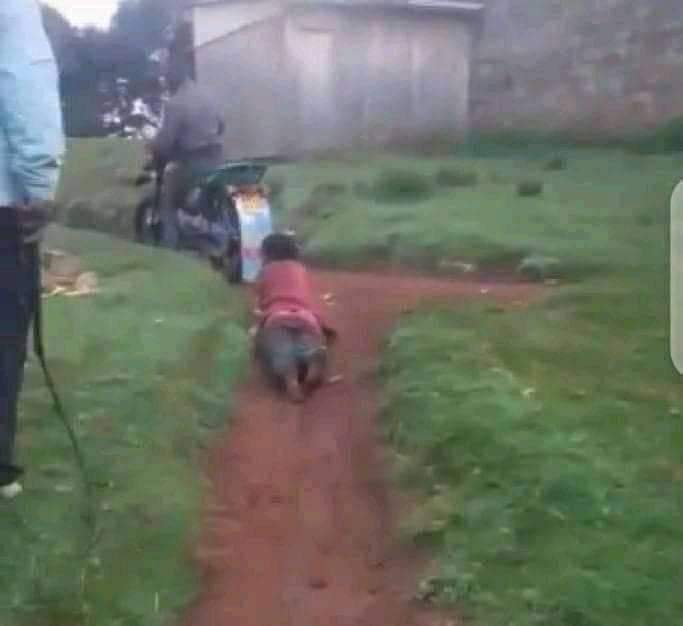 Police officers linked to the brutal attack on Mercy Cherono, a 21-year-old woman who was dragged on the streets of Nakuru’s Olenguruone town, while tied on a motorbike, have been arrested.

“IPOA this (Wednesday) morning learnt of an incident in which members of the National Police Service allegedly tied a woman to a motorcycle, drove the vehicle while dragging and whipping the woman,” the statement reads.

IPOA Chairperson Anne Makori said investigations will seek to establish the allegations of assault, injury and any other misconduct against the police officers.

A video emerged on social media showing Cherono pleading for her life as she was dragged across the dirt by a moving motorbike.An unidentified man is seen raining blows on her exposed back with a horse whip as he wielded a Maasai rungu.

The video caused uproar with scores of Kenyans demanding justice.

Cherono had been accused of being part of a three-person gang that broke into Deputy OCS David Kiprotich’s house while he was away.It was alleged that the gang made away with Ksh.10,000, police uniform, a TV set and a sub-woofer.

Cherono who is believed to have been part of the gang was unable to flee during the incident and locked herself in the bathroom. She was found huddled in there and dragged outside where officers apparently beat her up before tying her to the bike.

Meanwhile a team from the Ministry of Interior and Coordination of national government is scheduled to visit Cherono who is recuperating from injuries at Rift Valley Provincial General Hospital today.Some of the leaders who have condemned the incident include  Governor Lee Kinyanjui, Senator Susan Kihika and County woman representative Liz Chelule .