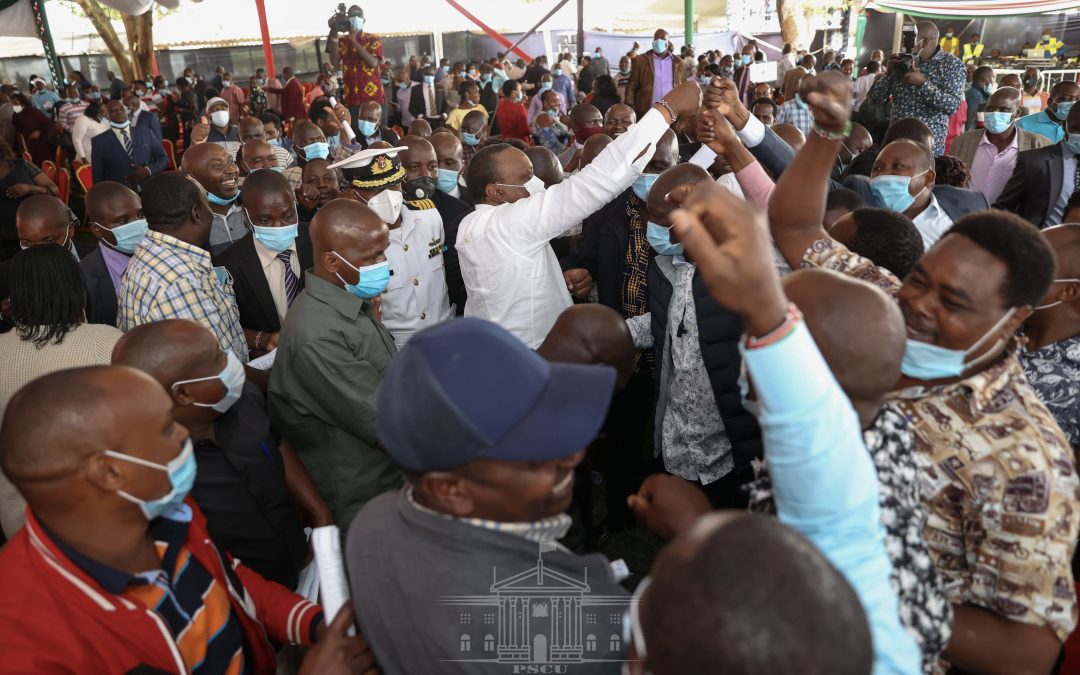 Ten County Assemblies have assured President Kenyatta that they will pass the Building Bridges Initiative (BBI) legislation within the required legal timeline.

The assurance by Meru, Tharaka Nithi, Embu, Kirinyaga, Nyeri, Murang’a, Nyandarua, Kiambu, Laikipia and Nakuru County Assemblies was made Friday at Sagana State Lodge in Nyeri County during a meeting between the Head of State and 550 Members of the County Assembly (MCAs) and their respective leadership teams.

Led by their County Assembly Speakers and House Leaders, the MCAs said they back the BBI process because it will allocate more development resources to the grassroots and help solve challenges facing wananchi such as inadequate bursaries.

President Kenyatta thanked the County legislators for endorsing the BBI process saying the reforms will strengthen devolution thereby accelerating Kenya’s socioeconomic transformation. He said contrary to the misleading narrative propagated by few selfish individuals opposed to BBI, the reforms will help unite the country by ensuring equality and fairness in the distribution of national resources.

The President observed that the current national resource sharing architecture works against populous regions noting that BBI seeks to rectify the imbalance. He questioned the motive of those opposed to equal allocation of national resources to all parts of the country and cautioned Kenyans against politics of deceit perfected by some leaders.

“It is our responsibility as leaders to ensure we do justice and not to threaten or insult others. We need to ensure justice and development for those who elected us,” the President said adding that his biggest wish for Kenya is unity and progress.

“What I never want to see in our country is bloodshed because of politics and leadership. Since I would never want to see incidents that occurred in 2007, I said it’s better I humble myself for our citizens to live in peace,” the President rallied the County leaders.