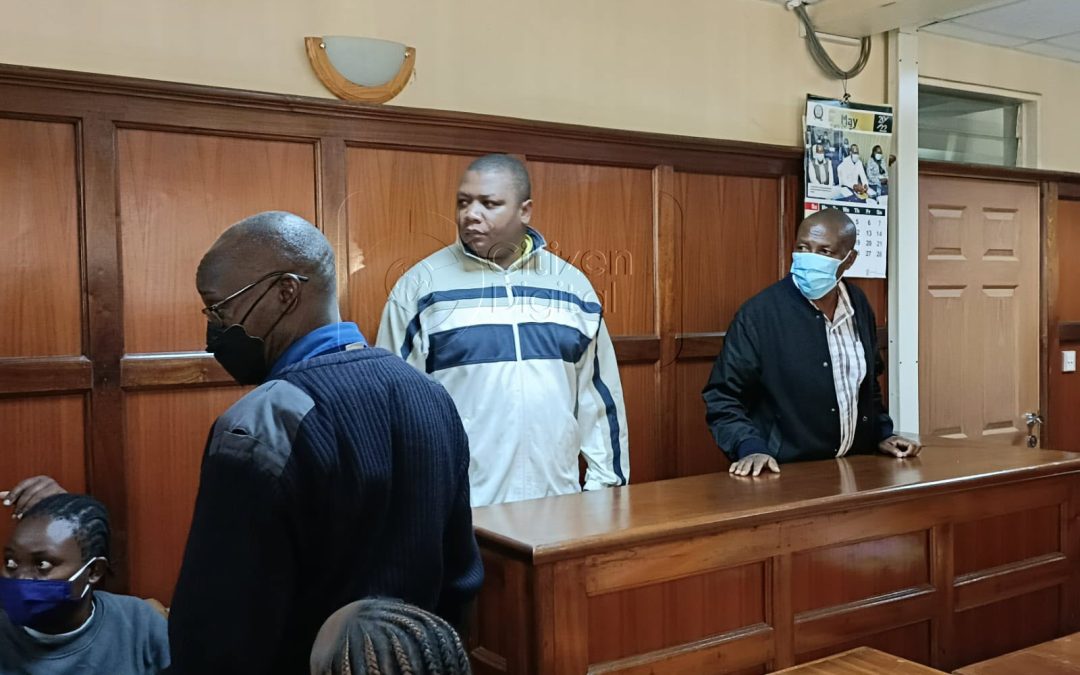 A driver in the murder of a businessman in Nairobi’s Mirema Drive has been detained for 14 days pending investigations into alleged murder.
In a miscellaneous application filed in Milimani Law Courts Naurobi by officer Kapario Lekakeny based at DCI headquarters claims that Dennis Karani was the driver of the vehicle that was used at the murder scene of Samuel Mugo Muvota.
The officer told Court that he needed 14 days to enable them recover the murder weapon which is suspected to be in possession of the driver.
He further told the court that the 14 fats duration will enable the investigating team travel to Mombasa, Nakuru and Kiambu to recover the pistol used.
The suspect who surrendered himself at the DCI headquarters yesterday is alleged to have been captured by the CCTV footage of a building along  the scene of murder.
“I implore the court to take notice of the clip going viral on social media where one man was captured by CCTV footage. For clearance of doubt the crime was committed by more than two people as it is seen that the person who commuted the murder fled to the car that was parked”, the court was told.
The suspected told court that he had no objection to the investigations and said he was ready for the investigations.
Karani appeared before Milimani senior resident magistrate Caroline Muthoni who allowed the police to detain him at Kasarani police station for 14 days.
The case will be mentioned on June 8,2022.