SUPREME COURT TO GIVE VERDICT ON BBI Bill THURSDAY 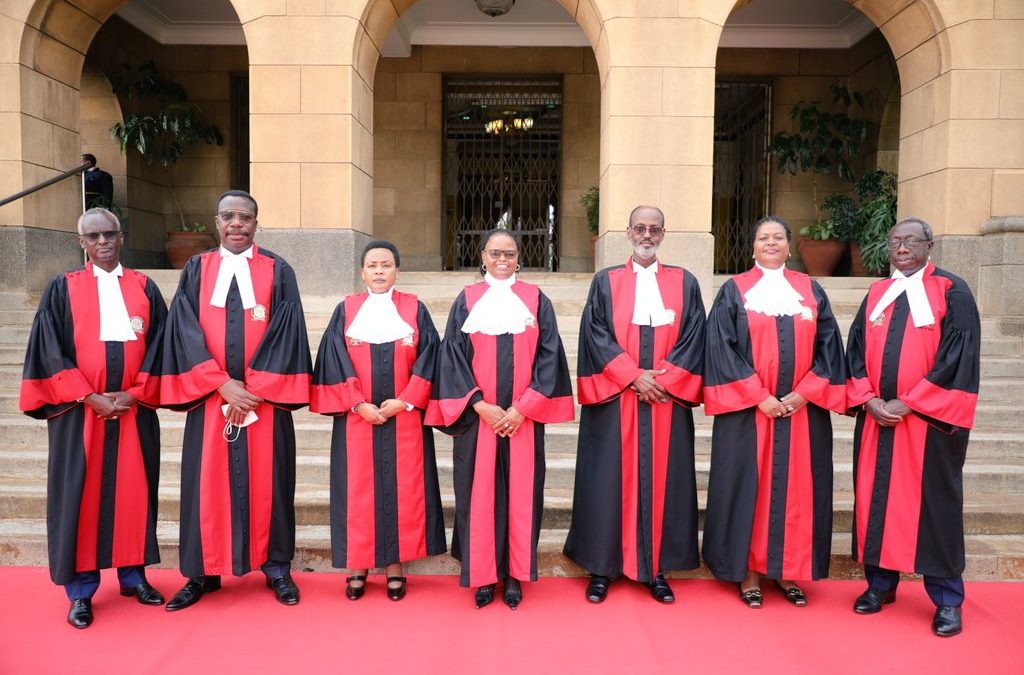 Solicitor General, Kennedy Ogeto, has weighed in on the anticipation centred around the Building Bridges Initiative (BBI) Bill ruling that is set to be delivered tomorrow by the Supreme Court.

Speaking in Nyamira County, Ogeto stated that the government was anticipating any outcome, both positive and negative and that no matter the ruling, justice will prevail.Ogeto further asked politicians to preach peace ahead of the 2022 General Election.

“I cannot tell whether the gov’t will win of lose BBI case in Supreme Court but all I know justice shall prevail.”  Ogeto stated.

The questions the judges will determine are the Basic Structure Doctrine, whether it is applicable in Kenya and whether the Constitution can only be changed by following the four sequential orders. Both the High Court and the Court of Appeal ruled the BBI was unconstitutional for failing to follow the sequential steps.

The two lower superior courts had however said the Basic Structure Principle is applicable to Kenya.

Seven questions are up for determination in the landmark ruling , namely, can the president be sued in his personal capacity? Can the president initiate a popular initiative law review?

The judges will also respond to the question on whether the proposed 70 new constituencies are legal, and the threshold of  public participation and if the BBI process was complied with.

Other questions are, whether the electoral commission IEBC was legally constituted when it processed the BBI Bill, and whether a referendum ballot paper can have multiple questions.

Deputy President William Ruto has meanwhile told off proponents of the Building Bridges Initiative (BBI) process for plotting to use it to create positions of political power for themselves. Speaking on his campaign trail in Kitui and Makueni counties, the DP and his allies claimed the push to amend the Constitution had diverted government attention from the Big 4 agenda.

“The executive should however not try to manipulate the verdict that’s going to be given tomorrow,” Wetangula Tweeted.