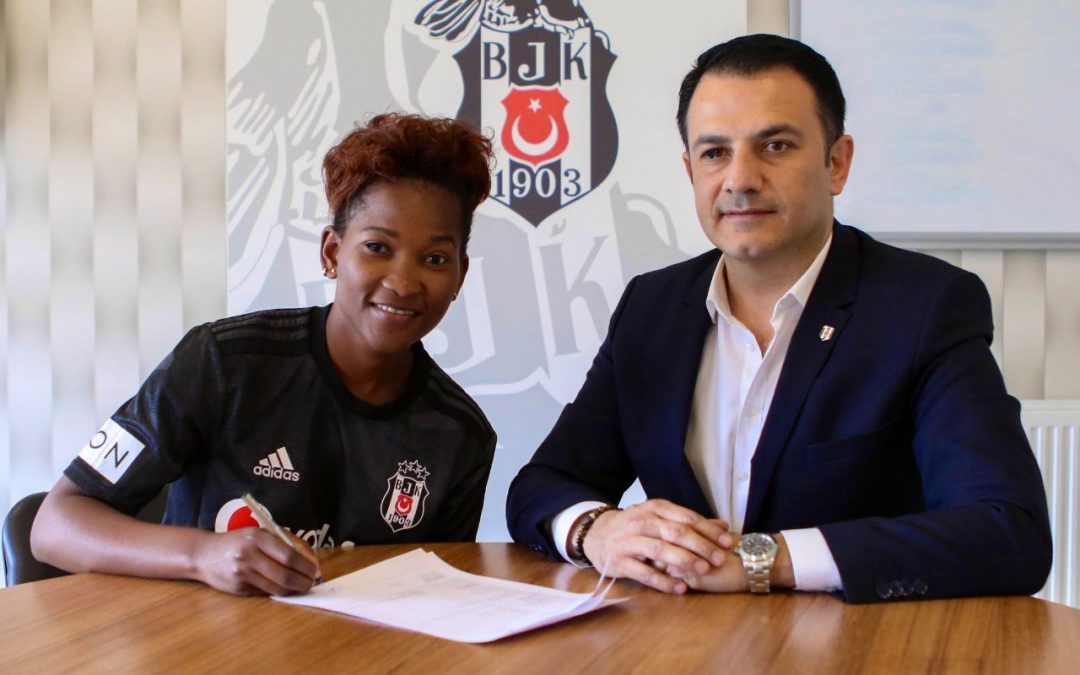 Akida has been playing for Israeli side Ramat Hasharon for the past one and half years-a club after leaving Thika Queens.

Akida has expressed her delight in joining Besiktas terming it as a big club with a rich history.

Akida arrived in Turkey last week and watched her side record a hard-fought 3-2 win over Adana on Sunday. She will hope to make her debut in their next tie against Amed SK at their backyard.

Besiktas is currently placed second in the Turkish Women’s 1 League with 36 points; just a point below leaders ALG Spor.

She was part of the Harambee Starlets side which won Kenyans’ hearts as they qualified for the 2016 women’s Africa Cup of Nations, beating more fancied opposition on their way to the continental showpiece.

While playing for Thika Queens in the local league, the 27-year-old became the first Kenyan to score in the Africa Women Cup of Nations in Cameroon in 2016.

She follows a host of harambee starlets duo of Qorazon Aquino who signed for Portuguese top-flight side Atletico Ouriense and Mwanahalima Adam who completed a move to Swedish women top league side Djurgardens IF.