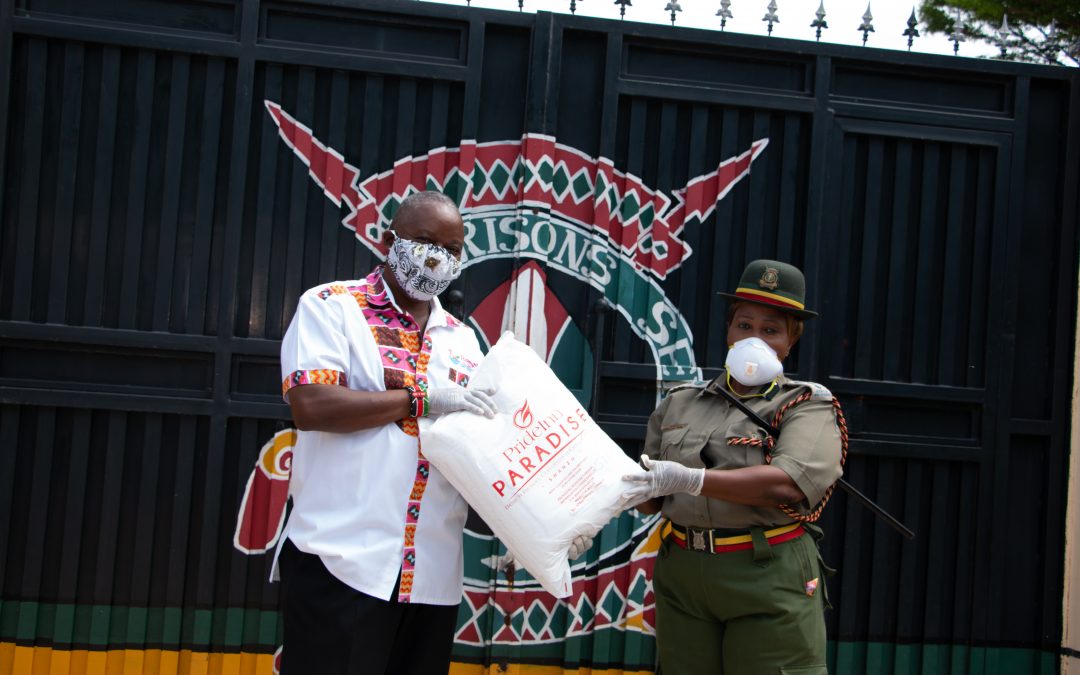 Shanzu Women Prison has received over 250 assorted beddings and sanitary items from PrideInn hotels to be used by over 100 female inmates at the facility in a move aimed at cushioning them and their children against the biting cold.

In addition to donating beddings, inmates were also sensitized on proper hand washing as a way of protecting themselves from COVID19.

Speaking during the donation, Ann Peggy, General Manager for PrideInn Paradise Beach Resort and SPA said they decided to extend their helping hand to the facility because many are the times when such facilities are forgotten and especially at a time like this when they are in dire need of help.

Women in prison have needs, not only nutritional needs but personal effects like proper beddings, sanitary items among others,” said Peggy.

On her part, Shanzu Women Prison officer in Charge Josephine Mutuku said the kind donations would help inmates find a home at the facility while undertaking various integrated correctional programmes for reintegration into the society.

“The items donated shall be significant in stepping up hygiene at the facility, that accommodates the inmates and some inmates’ little children, its been raining a lot of late, making sanitation and general hygiene a challenge,” said Ms. Mutuku.

The beneficiaries commended the gesture saying such compassionate moves were key motivation in their desire to becoming better citizens while they take their correctional programs at the facility. They said the beddings would be of help to them and their children shielding them from cold related illnesses.

Besides giving the donations to prison, the hotel also donated beddings to Shanzu and Good hope Children’s home in quest of putting a smile on faces of over 70 kids from the children homes.

“We have a corporate social responsibility that goes beyond, hospitality and tourism. We want to impact lives and make society a better place to live in, we will definitely do more to impact lives for our people. I urge other well-wishers to show empathy to the needy during this difficult period,” Said Victor Shitakah, PrideInn Coast Region Manager.