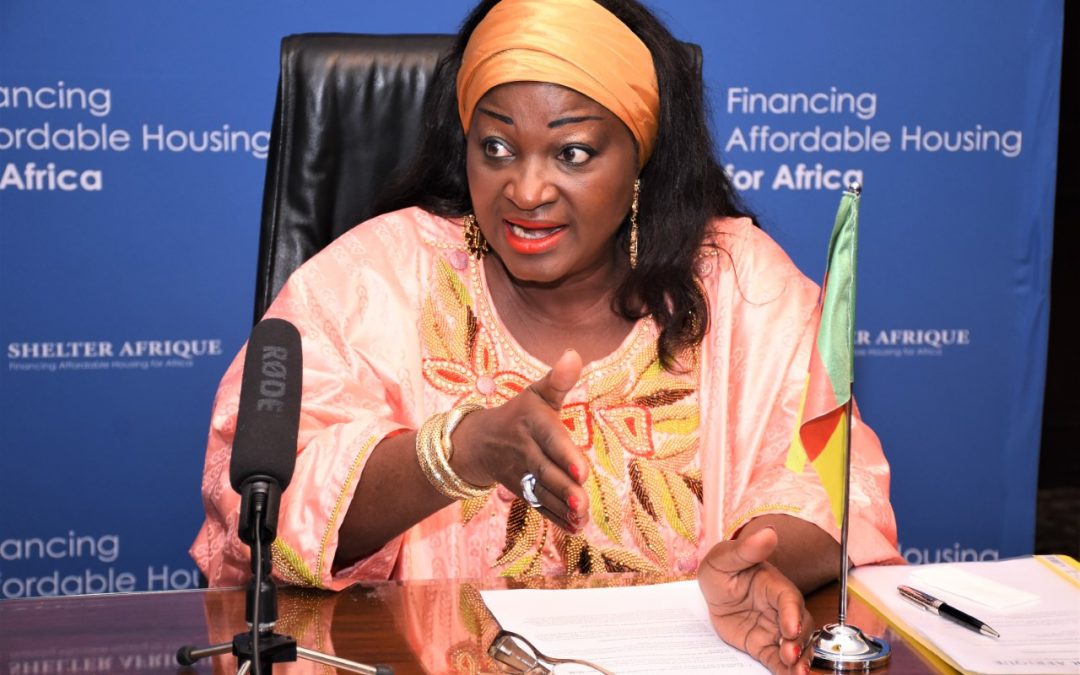 Pan-African housing development financier, shelter Afrique has urged African governments to prioritize provision of affordable housing to their citizens as a key step towards achieving the Sustainable Development Goals (SDGs).

“Leaving no one behind means governments should be able to provide decent housing to the lady selling vegetables at an open air market in Yaoundé, to a taxi-man in Nairobi – basically being able to provide housing to those who cannot walk into a commercial bank and obtain a mortgage. This is what Shelter Afrique is striving to help African governments achieve”, she added.

According to Shelter Afrique research arm, Centre of Excellence, the overall shortage of housing in Africa is estimated to be 56 million housing units. Out of this, more than 90 per cent or 50 million units are in the affordable housing bracket.

Courted noted that as a response, Cameroon had joined hands with Shelter Afrique to establish a Construction Company that will produce construction materials such as polystyrene block production plant, panel production plan and other associated equipment at affordable cost.

“To reduce the construction cost, Africa needs to go through industrialization and this is the choice we have made in Cameroon when we partnered with Shelter Afrique to establish this factory. Shelter Afrique will then be able to duplicate these projects in other member States,” Courtes said

Courtes said the endorsement of the Yaoundé Declarations adopted at Shelter Afrique 40th General Assembly held in Yaoundé – Cameroon, by various stakeholders was a positive step.  The Declaration seeks to enhance mechanisms for the mass production of decent and affordable housing in the continent to achieve social and economic development.

She also lauded Member States for their positive responses to calls for recapitalization, which she says, has boosted Shelter Afrique’s capital base and its ability to deliver housing and support urban development across the continent.