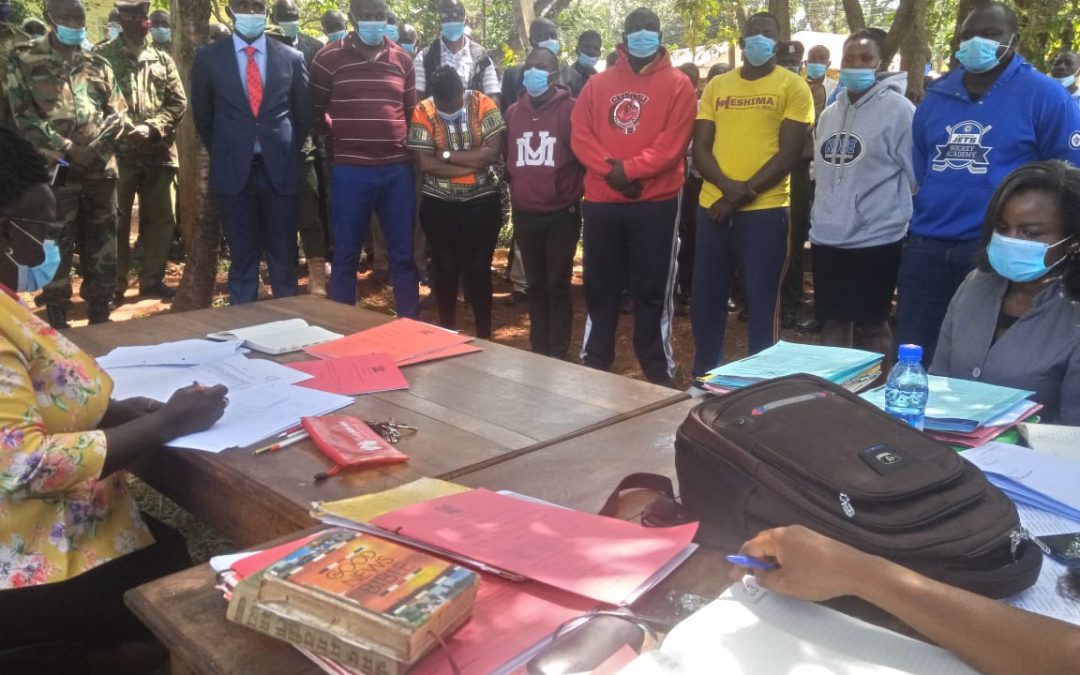 Kakamega Senator Cleopas Malala has been released on a Ksh2.5M bond with a surety of a similar amount, in a case in which he is charged with causing chaos in the Matungu by-election.

The ANC party Senator denied the charges relating to assault and damage of property during the chaotic mini poll. Malala had surrendered to the police yesterday after the Director of Public Prosecutions Noordin Haji directed the DCI to arrest and interrogate him, together with other elected leaders in connection with the violence.

His bodyguard was also arrested for alleged misuse of a firearm after he fired in the air to disperse a crowd that wanted to set his boss’s car ablaze.Appearing before the Kakamega High court, Malala denied all the charges in the 5 counts including robbery with violence, use of violence and assaulting and IEBC official and causing grievious bodily harm

His 7 co-accused were also released on a Ksh 500,000 bond with a surety of a similar amount.The case will be mentioned on 26th of this month, with the case set for hearing in July 2021.

This as separately,  four other co-accused, Joel Wekesa Micha,Marvin Kombo Omani,Ababu Shago Borcherd and Cecil Ambeyi Muyuka  have been charged with using actual violent force to rob Malala of Ksh 200,000 shillings. Nine witnesses were paraded in the case.

Malala is among 10 legislators who have been summoned by the National Cohesion and Integration Commission (NCIC) over the rising political intolerance in the country.