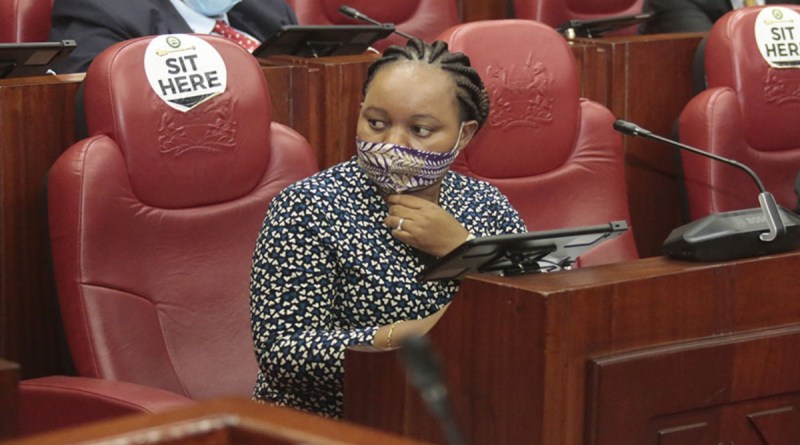 After days of back and forth on the impeachment of Governor Anne Mumbi Waiguru, the Kirinyaga county boss has finally had the last laugh.

Waiguru, has survived perhaps one of the greatest challenges of her short political life after the Special Committee of the Senate cleared her of culpability over impeachment charges levelled against her by members of the Kirinyaga County Assembly.

The committee, however, found her guilty adopting a domineering attitude in the management of the county affairs.………………………..

In a report presented to the House Speaker Kenneth Lusaka on Friday, committee chairman Kakamega Senator Cleophas Malala said the County Assembly of Kirinyaga failed to substantiate the two charges used as grounds for impeaching the governor.

Malala indicated that a determination must be made both by the evidence adduced to substantiate the charges and that the threshold has been met.

On the allegation of violating procurement regulations, the committee noted that from evidence adduced before it, there was a clear mismanagement of some tenders, but they were not linked to Waiguru.

The Committee further pointed out that Governor Waiguru discounted allegations by the County Assembly that she pocketed allowances for foreign trips that she did not travel.On violation of the Right to Health of the people of Kirinyaga county, the committee established that there were
significant systemic problems in the health sector in Kirinyaga.

Various senators took to the floor to voice their sentiments on the report, and as expected dramas and antics did not miss their fair share in the session.

As things are Waiguru is off the hook because the 11 senators have indicated that the allegations have not been substantiated, hence the Senate cannot take any action against the governor.

If the committee’s report had substantiated the allegations by the Assembly, the Senate could have voted on the charges. Waiguru, who is accused of gross misconduct, violating the constitution and conferring a benefit of Sh10 million to herself, only needed the backing of six Senators to survive the axe.