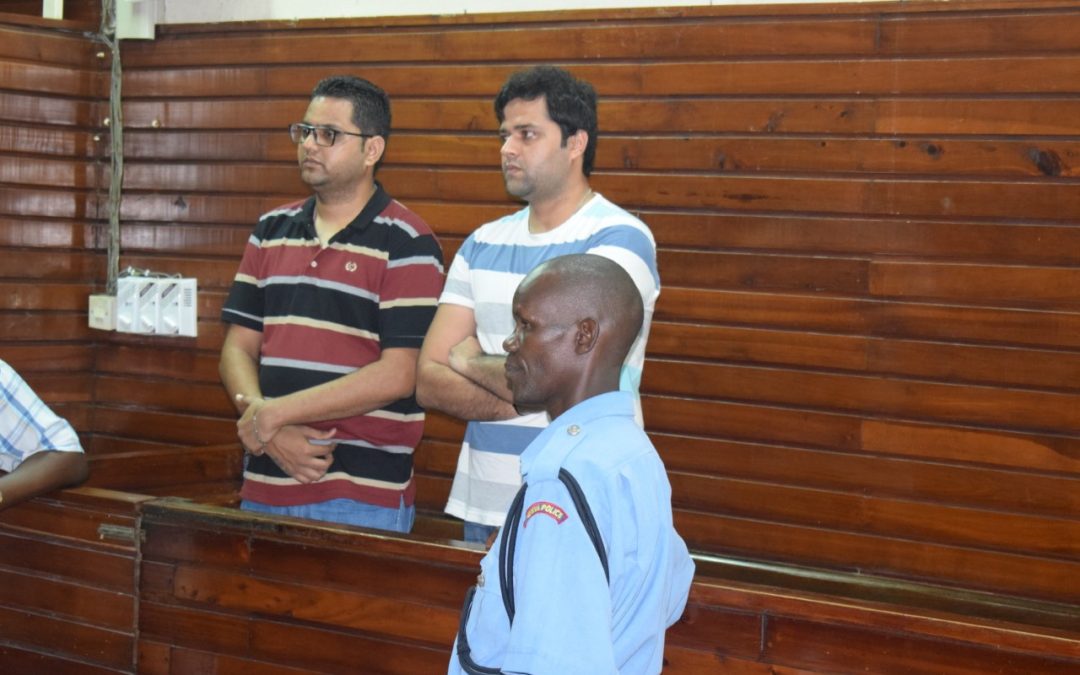 Two businessmen of Pakistani Nationality were today charged before Mombasa Chief Magistrate Ms Edna Nyaloti for evading tax worth Ksh1.5 billion. The traders, Rahim Qasim and Rameez Gulzar Ali alongside their firm Jhulay Lal Commodities limited were found to have been importing rice into the country while deliberately failing to pay Income Tax.

According to investigations, it was established that for the period covering January 2015 and December 2018, the suspects imported rice worth Ksh1.68 Billion. They sold the rice and banked the proceeds in their various companies’ accounts.

The suspects faced three counts of tax evasion. In the first count, the suspects while trading as Jihulay Lai commodities limited, jointly with others not before court, knowingly defaulted to remit Income Tax of Ksh595, 363,478 in the year 2016.

The suspects pleaded not guilty and were released on a bond of Ksh20 Million and a surety of the same amount. The suspects were ordered hand in their passports to the court.

The arrest followed lengthy investigations carried out by KRA’s Investigation and Enforcement Department on the tax fraud schemes into the country. The case will be mentioned on 3rd March 2020.