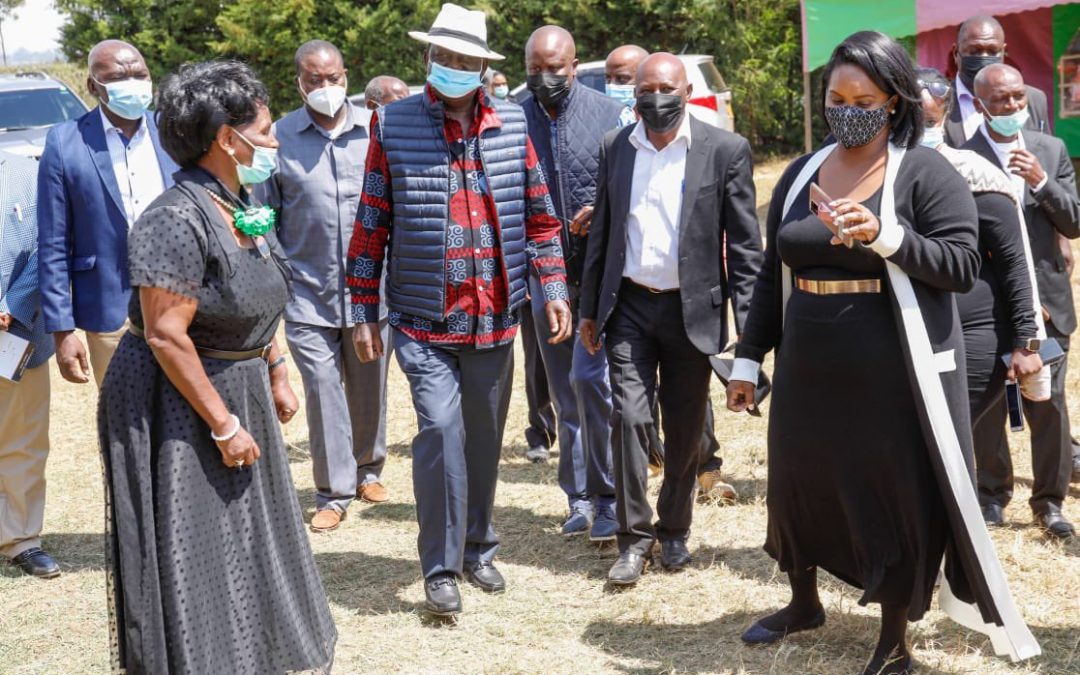 The ODM leader Raila  Odinga has said the unity bid he is championing with President Uhuru Kenyatta will continue, hence the Building Bridges Initiative (BBI), which  was a product of the reforms agenda that his team has been championing for over the years to better the lives of Kenyans.

Raila said the events at court of appeal where those opposed to the BBI put a strong case against the constitutional amendments were similar to the half-time rest in a football match.

“It is on half-time because of the courts but let me assure it will be back as ‘nobody can stop reggae.”

The ODM leader reminisced how he campaigned for Kibaki in 2002 saying it was proof against the perceptions that he doesn’t like Kikuyus.

“Didn’t I know Kibaki was Kikuyu when I was saying Kibaki Tosha. By bad luck, he had an accident. I travelled the entire country when Kibaki was away…I was the one leading the campaign and we won,” Raila said.

The ODM leader praised the Visoon 2030 blueprint they set in place together with retired President Mwai Kibaki, saying it was well able as a development plan to  work for the country .

“That is why we first begun with the construction of roads..Many roads were badly damaged”, Raila said

“Kenya needs no new formula for development. We have enough plans of improving the lives of all Kenyans from Mama Mboga to the youths. What is needed is for these to be implemented.”

He said it was regrettable that President Uhuru Kenyatta has no officials to help him achieve his development agenda.

Raila was speaking in Kieni, Nyeri county, where local leaders  bade a final farewell to Mama Esther Ngonyo Githaiga, the mother to  Mumbi Ng’aru. Mumbi is a  former Thika Mayor and a member of the East Africa Legislative assembly (EALA)

He was accompanied by Kieni MP Kanini Kega among other leaders from the region where he urged residents to embrace unity like was the case in the country during the pre-independence era.

Raila in his condolence message described  Mama Esther as a hardworking person who raised an extensive family. He said the late Mama Esther was also a keen promoter of harmony in society.