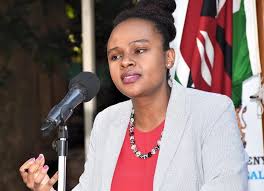 According to Health chief Administrative Secretary Dr. Mercy Mwangangi, HIV infections and unplanned pregnancies are some of the emerging issues fueled by violence witnessed across the country.

While castigating the trend, Dr. Mwangangi said measures put in place to prevent spread of COVID 19, and other resultant effects such as unemployment and economic uncertainty should not be used to justify the vice in the society.

“Unemployment inability to provide for families and economic uncertainty may have added an extra strain of pressure and heightened anxiety for many families,” she said.

Dr. Mwangangi said the 796 cases reported are out of 6,754 people whose samples were tested within 24 hours.Out of this number,503 were males and 293 were females. The CAS said the youngest new case is a one year old while the oldest is 87 years old.