Raila in Mombasa to drum support for BBI 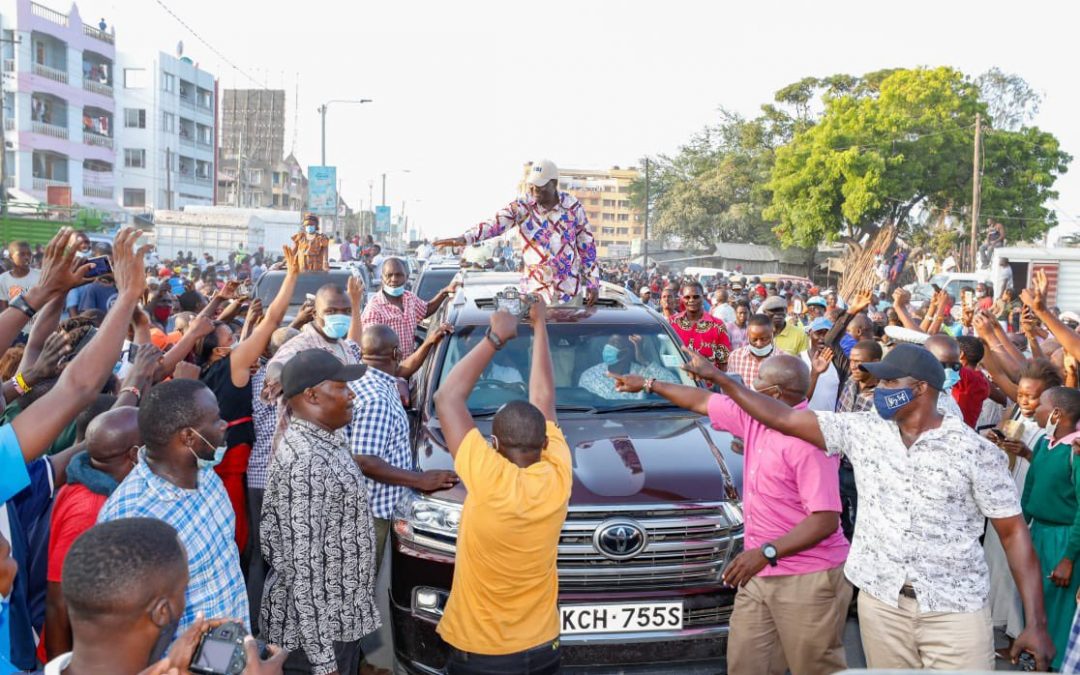 ODM Party Leader Raila Odinga continued his Costal tour on popularizing BBI on Thursday where he held several rallies in Mombasa County, a day after pitching camp in Kilifi County.

The ODM Party leader begun with  Kongowea, Nyali constituency in Mombasa County where urged the residents to support BBI saying it habegun his coastal tos a lot of benefit for the Coastal region including more funds to counties.

Raila added that BBI has a solution for contentious issues facing the Coastal region and the country at large. He told residents  of Kongowea, Tudor and Changamwe that devolution has given them a voice and their rightful place on the national development table

Odinga, accompanied by other ODM leaders in the coastal region, continued to tear down Deputy president William Ruto’s wheelbarrow narrative accusing him of  lying to the youth.

The former Prime Minister once again differed with Kilifi Governor Amason Kingi over calls to come up with a coast-based political party ahead of the 2022 general elections.

While in Kilifi County on Wednesday, he urged Kingi to stop calls of formation of a regional party, saying such a move will only create ethnicity.

During the rally, Mombasa Governor Ali Hassan Joho reiterated his stand to vie for the country’s top seat in the 2022 General elections under the ODM party ticket with Riala assuring him that the party will exercise democracy in choosing the candidate who will fly their flag.

“As the coastal leadership, we are interested in partnerships that address the issues that affect our people including devolution, resource allocation, land, economics , et-cetera. With the interests of our people at heart, together we shall soar to greater heights”.