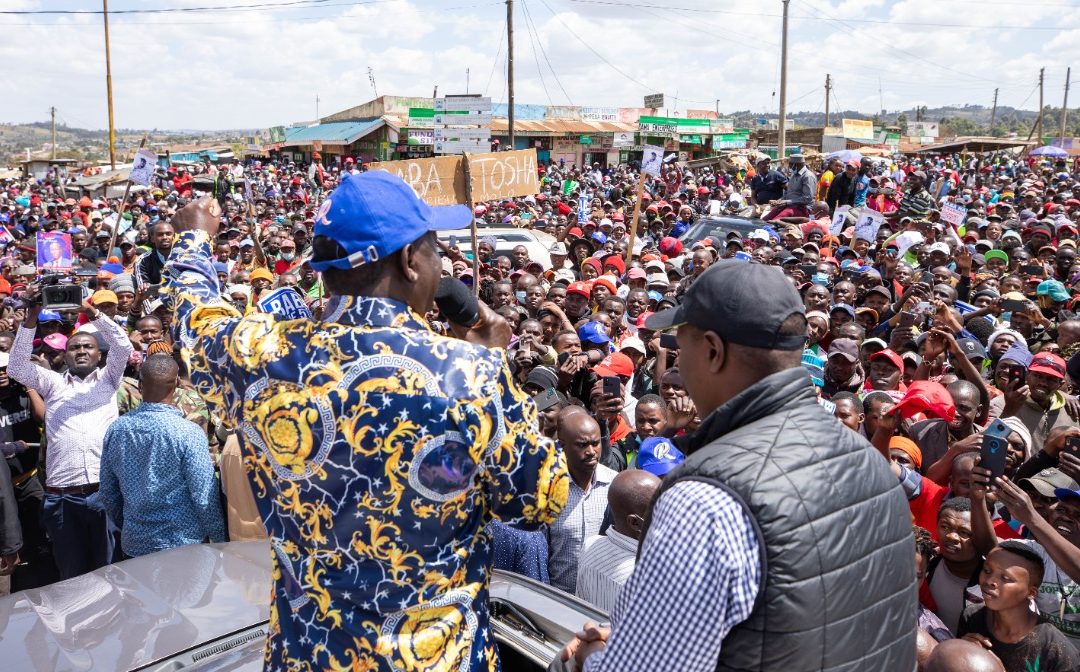 The Azimio la Umoja Presidential aspirant Raila Odinga has assured the private sector that the Azimio Government will prioritize the  private sector.

Addressing the press on Wednesday after holding an engagement meeting with the Kenya Private Sector (KEPSA) on the proposed private sector economic manifesto in Nairobi, Raila said they will create an enabling environment for the private sector growth in several fields including industrialization and Agriculture.

On her part, KEPSA CEO Carole Kariuki called on political leaders to support private sector as she expressed upbeat over a peaceful transition.

The Kenya Private Sector Alliance (KEPSA) has today presented a proposed Private Sector Economic Manifesto outlining five key thematic areas, in the first series of engagements with the presidential candidates in the run up to this year’s general elections.

Speaking after meeting with Odinga of, KEPSA Chief Executive Carole Kariuki said the private sector was keen to see government interventions in spurring jobs and inclusive wealth creation through investment in the expansion of key growth sectors such as the digital economy, circular economy and enhancing value chains in productive sectors with stronger linkages to Micro, Small and Medium Enterprises (MSMEs).

On his part, Odinga noted that the Azimio Government will prioritize development of an export centered industrialization policy to drive the shift from export of raw materials to finished products. He said if elected, he will remove the impediments that have been preventing the sector from growing.

The ODM boss promised to support MSMEs to generate employment for Kenyan youth.

According to Odinga, the Azimio government will also revamp the Export Promotion Council to provide export support services to the private sector and provide firms with political and economic intelligence to assist in exploiting new markets while investing in education and research to improve local labour skills.

Later on, the ODM leader engaged with the people of Molo on matters of national importance. Odinga  said when elected, his administration will lower the prices of farm inputs to enable farmers get the value of their produce.

Speaking in Molo, Nakuru county as he kicked off his 9-day campaigns marathon ,with a message to unite Kenyans if elected the next president in the forthcoming election, Raila noted that the subsidy is possible as it has applied in the developed countries.

He said the subsidy will see the price of fertilizer reduced from the current Ksh.6,000 for a 50kg bag to Ksh.2,000. He further assured the residents that his administration will boost agriculture by ensuring the pyrethrum sector and timber businesses are revived to shield locals economically.

At the same time, the ODM leaders said he will re-introduce commercial timber production in Kenya to help gain more income for the country.

The Azimio leader  renewed his call for co-existence and harmony among Kenyans as the country gears up for the General Election. He slammed those profiling Kenyans along tribal lines, saying any Kenyan is at liberty to live anywhere across the country.