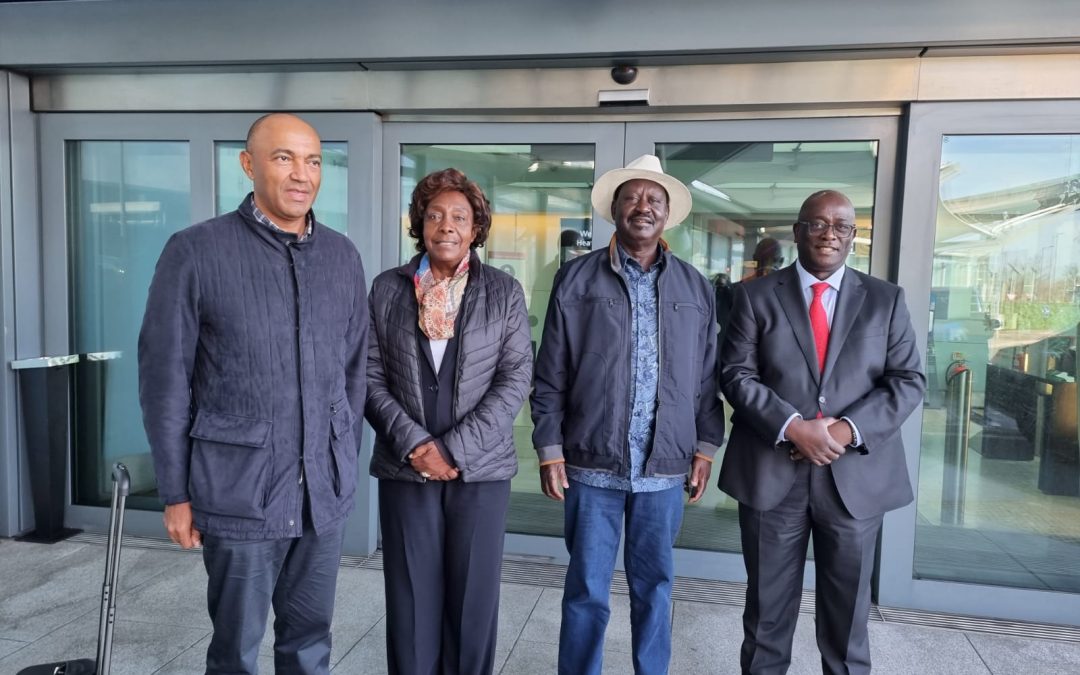 Azimio la Umoja Presidential candidate Raila Odinga has arrived in London, the United Kingdom, for a one week tour.

The delegation was received by Kenya’s Ambassador to the UK Manoah Esipisu.

In his 5-day trip to London, UK  Raila  will be meeting with senior United Kingdom government officials like the Secretary of Defense among others.

Raila is also  scheduled to address at the international community at the Commonwealth Secretariat and the Royal Institute of International Affairs, Chatham House, a global think-tank popularly known for hosting leaders to give talks on topical issues relevant to their countries.

His address at Chatham House will be on “Kenya’s 2022 elections: Priorities for unity and policy change”, with both events expected to take place on the morning and afternoon of Wednesday, March 16, 2022.

At the two events, the Azimio La Umoja presidential candidate will share his vision for Kenya and the continent of Africa in an uncertain world.

Later on, Raila will be at the Emirates Stadium in North London  to watch the football match between Arsenal FC and Liverpool FC.

On Thursday, he is expected to meet Lord Tarif Ahmad, the UK minister for South Asia and North Africa, Theo Clarke, UK’s Trade representative to Kenya, the Archbishop of Canterbury Justin Welby and will also interact with the Kenyan diaspora.

Raila’s visit coming barely a week after Deputy President William Ruto jetted back after a 10 day tour of the UK and the US.