Public Transport Sector roars back to life, after lifting of Cessation order 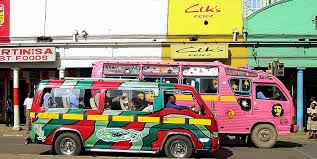 The transport sectors operators can now breathe a sigh of relief after President Uhuru Kenyatta on Monday gave the sector a green light to hit the road by lifting the cessation of movements into and out of Nairobi, Mombasa and Mandera but with strict conditions.

The public service operators have welcomed the move and are now in the process of complying with the Ministry of Health guidelines before roaring back to the road.

A spot check in several bus terminus in Nairobi revealed that Kenyans are already thronging booking offices ready to travel despite President Uhuru’s dissuading people from non-essential travel outside of Nairobi.

A section of Kenyans have however not welcomed this move saying it will lead to the further spread of the deadly virus.

Several transport operators have hinted on hiking their fares as they will have to carry half capacity and will not operate at night due to the extended curfew times. With the lifting restrictions, the Standard Gauge Railway (SGR) services from Nairobi to Mombasa which had been stopped will also resume.

After President Uhuru Kenyatta on 6th of April this year announced the cessation of movements in counties that had recorded the highest cases of covid-19, transport sector operators were forced to scale down their activities with some shutting down as they could no longer continue the business of ferrying passengers following the restriction of movements.

This has seen the sector loss millions of shillings per day as most vehicles have been left parked for at least three months.