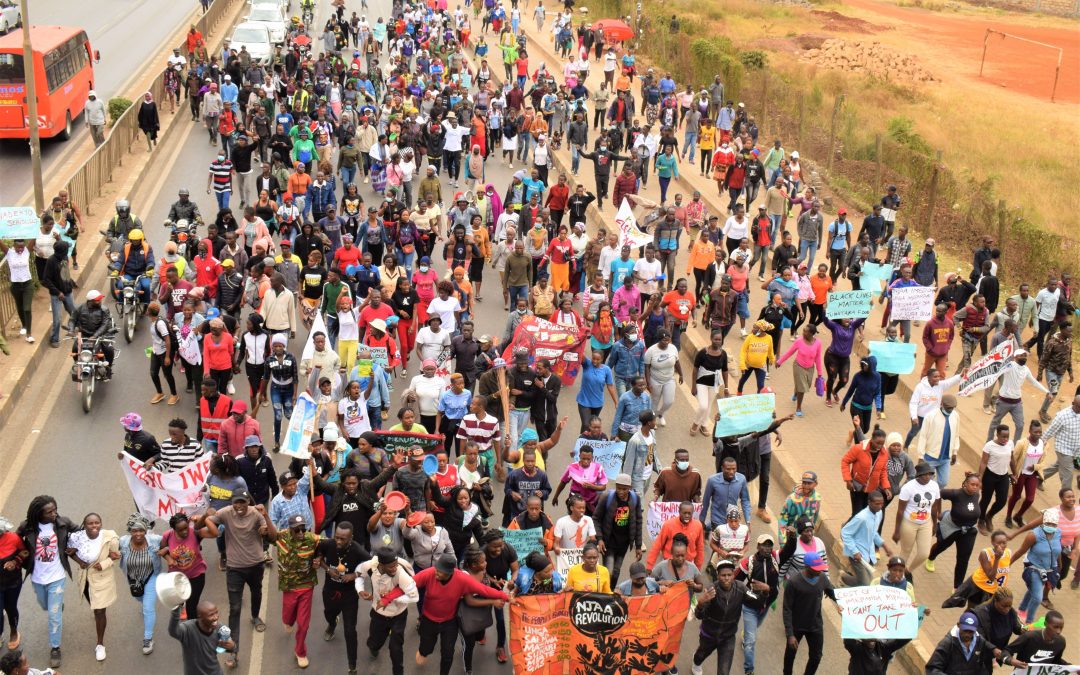 As the country commemorates the Saba Saba day, the day when a day when protesters in the country demanded successfully for multiparty democracy in  1990.

Today, hundreds of people took to the streets around Nairobi Central Business District to demonstrate over the high cost of living experienced in the country.

The protestors carried cooking pots, pans and plates, while demanded the lowering of the cost of basic food commodities, which lately saw the price of a 2kg packet of maize flour (unga), which is Kenyans staple food, reach highs of Ksh 250.

They chanted “No food , no elections” sending a loud message to the presidential candidates seeking to succeed President Uhuru Kenyatta at the ballot barely 30 days away.

The protestors terminated their demonstration at the office of the President at Harambee house. They accused leaders of failing to address the issue, leaving them with no option but to fight for themselves.

This comes as  the cost of unga is set to shoot up further should new proposals carried in the Draft National Tax Policy by the National Treasury take effect.

According to the policy documents, the government will limit the VAT zero rating to exported goods, something that is meant to remove maize flour, cassava flour, wheat and muslin flour from the list of zero-rated supplies.

This means that manufacturers of the product will not be able to claim reimbursement for input VAT setting off even higher prices for the already premium-priced goods.

If the proposal take effect, unga will not attract VAT which is charged at the rate of 16 per cent as the four products are still listed under the VAT exempt supplies according to the latest updated VAT Act.