Harambee Starts in camp for match against Comoros 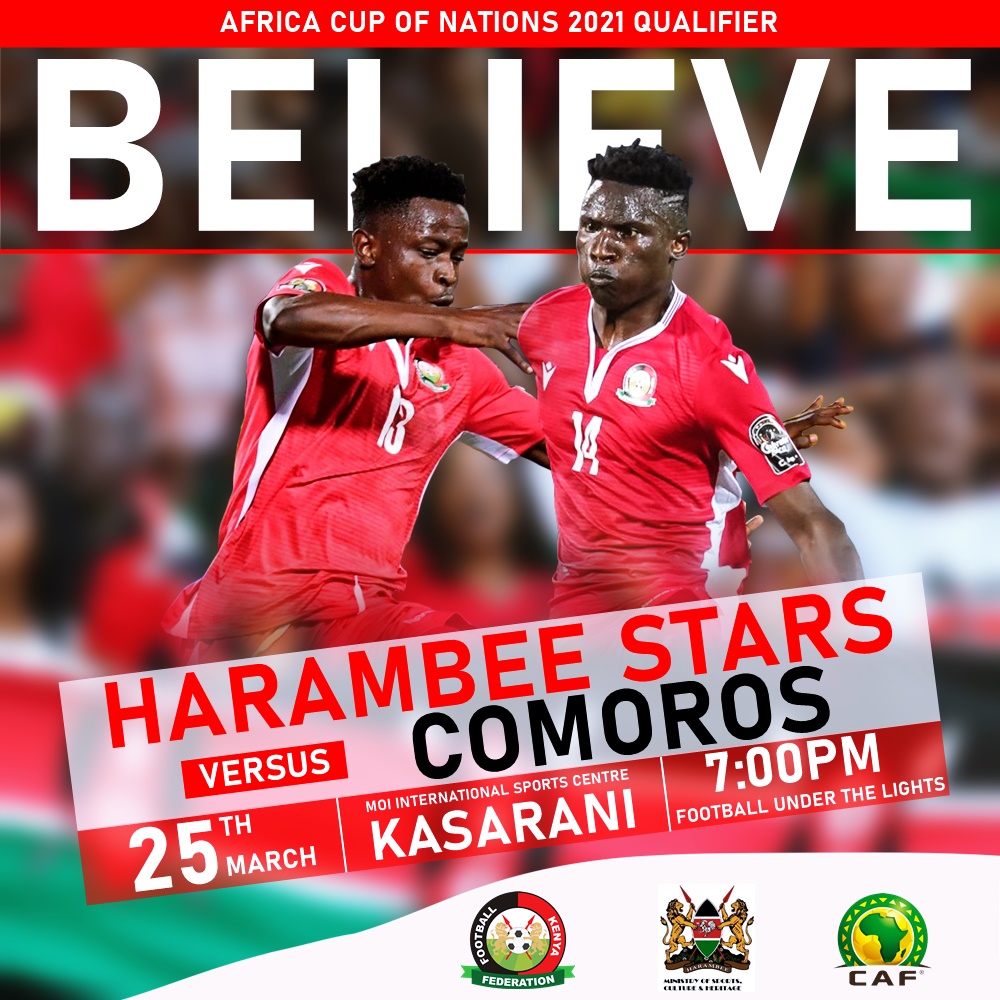 Harambee Stars has officially hit camp today ahead of their African Cup of Nations doubleheader against Comoros.

The Monday session saw the return of Tusker FC defender Eugene Asike who has been out of the national team action for three years with head coach Francis Kimanzi revealing that he expects the lot to be joined by their foreign-based counterparts in two weeks’ time.

Kimanzi has thanked the local clubs for releasing the players so as to enable early preparations ahead of the match against Comoros.

“We have 16 players in camp at the moment and we will be expecting foreign-based players to join them in the next two weeks”, Kimanzi said

The 16 players who were given the call up all turned for the Monday session including the Gor Mahia and AFC Leopards players who featured in the Mashemeji Derby on Sunday.