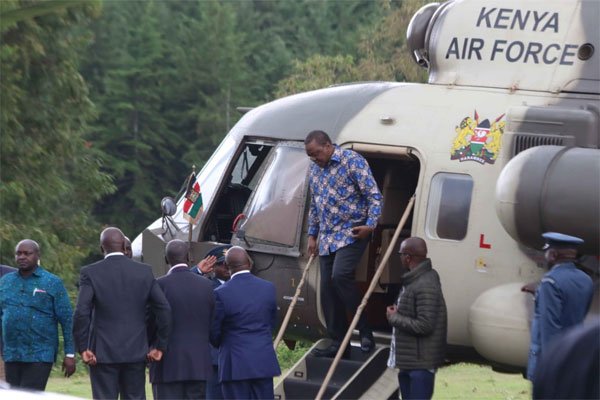 President Uhuru Kenyatta has sent a message of condolence to the family, relatives and friends of Chief Inspector of Police Pius Kipserem Cheboswony.

Mr Kipserem Cheboswony, who died yesterday in a grisly motor accident along Oljororok-Dundori Road in Nyandarua County, was incharge of Sagana State Lodge and had served the National Police Service for 28 years.

Investigations into the accident, which also left a colleague in critical condition along Ol Joro-Orok Ndundori road in Nyandarua County, have commenced.

Both officers were on their way back to Kiganjo Police Training College for a senior police officers training.

In his message, the President said the country had lost a highly dedicated security officer whose commitment endeared him to both his colleagues and superiors.

“My sincere and heartfelt condolences to the family of Chief Inspector Kipserem following the tragic death of such a courageous man.  His sacrifice in serving this great nation will be forever remembered,” President Kenyatta wrote in his message to the family.

The President prayed to God to give the family comfort and fortitude at this difficult moment of mourning.