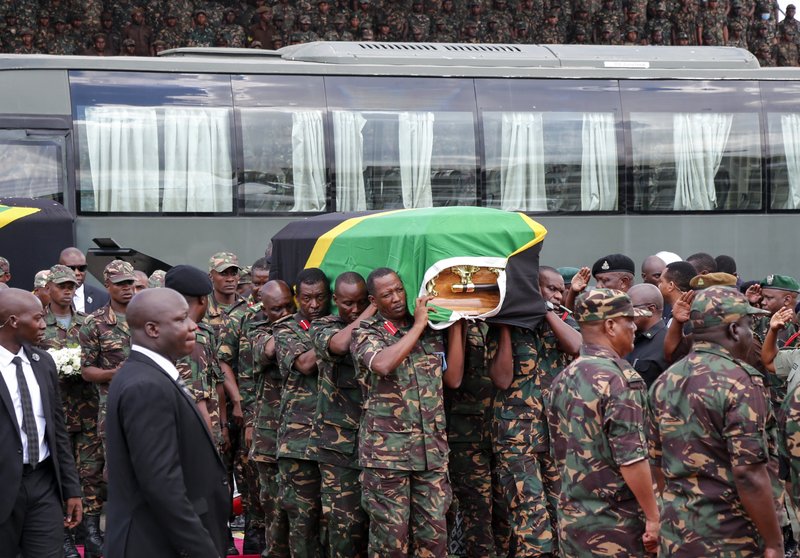 The burial service of Tanzania’s late President John Pombe Magufuli is currently underway at his ancestral home of Chato in the country’s northwest region.

On Thursday, Chato, Geita and neighbouring residents paid their last respects to him at the Magufuli Stadium.

Close family, relatives and friends of Magufuli are also attending the private funeral service in Chato.

Security has been heightened at the ceremony led by Prime Minister Kassim Majaliwa, and attended by the second Vice President of Zanzibar Hemed Suleiman Abdulla, and Head of Defense Forces General Venance Mabeyo.

Magufuli’s body lay-in-state as members of the public bid him farewell. Thousands lined up as the hearse containing the coffin made its way into the grounds on Thursday, accompanied by military vehicles.