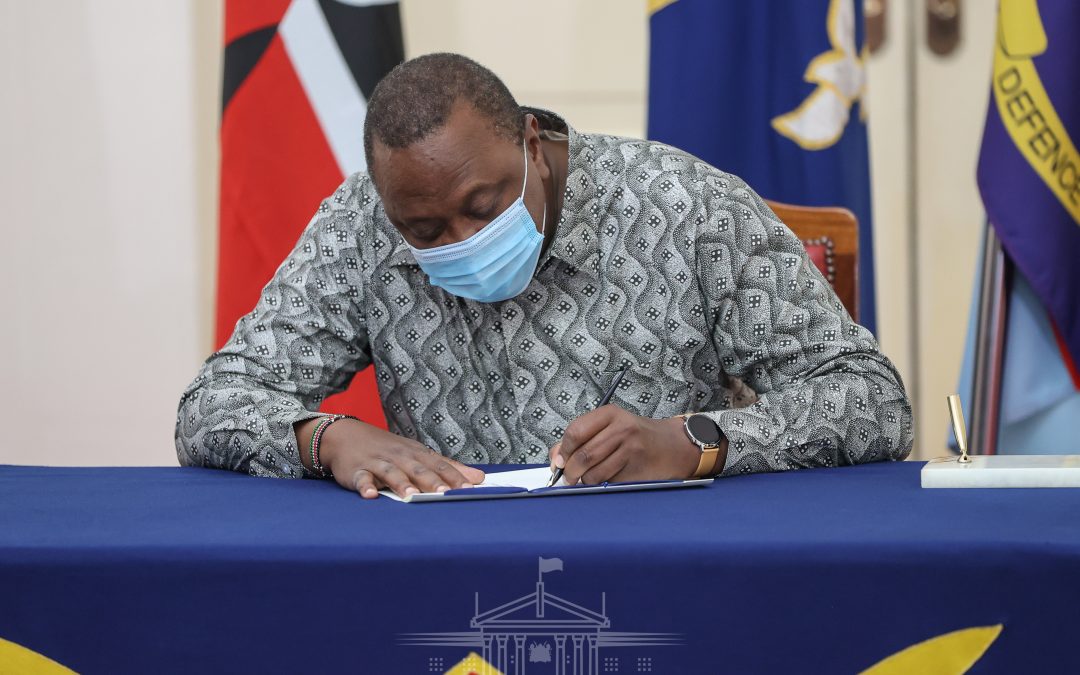 President Uhuru Kenyatta on Wednesday at State House, Nairobi, signed into law the Tax Laws (Amendment) Bill 2020 which was passed by Members of the National Assembly.

Also signed into law is the Tea Bill of 2018, which contains several reforms among them, the re-engineering of the Tea Board of Kenya to oversee the development, promotion and regulation of Kenya’s tea sector.

The bills were presented to the President for signature by Solicitor General Ken Ogeto at the brief ceremony attended by Agriculture CS Peter Munya, Senate Speaker Ken Lusaka and Leader of Majority in the National Assembly Amos Kimunya.