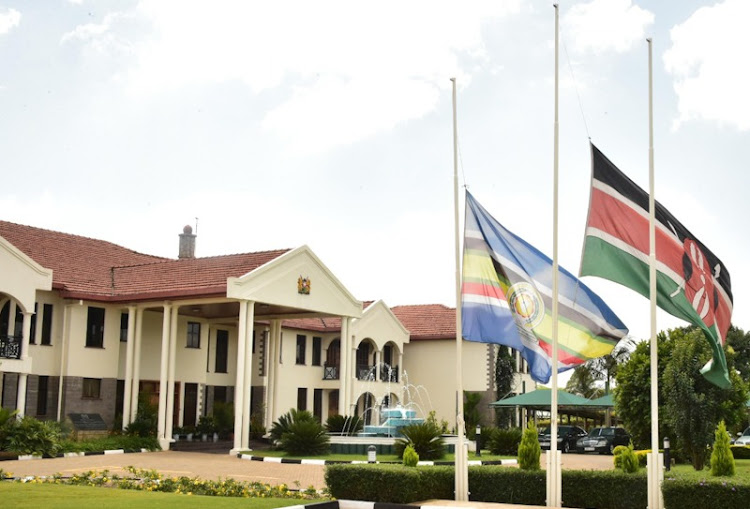 President Uhuru Kenyatta has ordered that Kenyan flags and the Flag of the East African Community be flown at half-mast at all Public Buildings and Public Grounds in honor of the late Burundi President Pierre Nkurunziza.

In a Presidential proclamation, addressed to the people of the East African Community, President Uhuru said, in memory of the Late President Pierre Nkurunziza, and in solemn solidarity and mourning; the Flag of the East African Community and the Flag of the Republic of Kenya shall be flown at half-mast at all Public Buildings and Public Grounds and wherever else throughout the entire territory of the Republic of Kenya and at all of Kenya’s Diplomatic Missions abroad; from dawn on Saturday, 13th June, 2020 until sunset on the day of his interment.

President Nkurunziza who died on June 9 aged 55 years , passed on at the Karusi Fiftieth Anniversary Hospital following a cardiac arrest on June 8, 2020.

The Burundian Government has already announced seven days of national mourning with the country’s flags flying half-mast during the period.