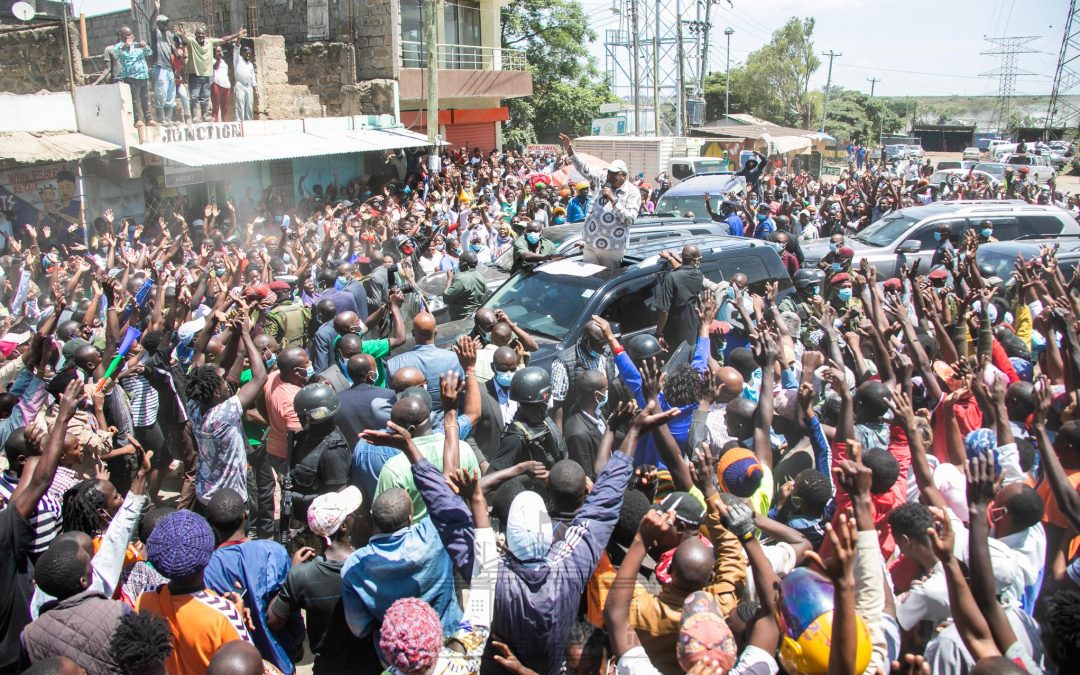 President Uhuru Kenyatta has hailed the handshake between him and Opposition leader Raila Odinga that birthed the Building Bridges Initiative. The president said the handshake has brought about peace, solved many problems in the country and ensured Kenyans at the grassroots also benefit from the national cake

He was speaking during the commissioning of a level 2 hospital in Soweto estate in Kayole, Nairobi, and the Ushirika Level 2 hospital in Dandora. Addressing locals after the commissioning, the President said his government aims to ensure each ward in the country has its own modern public hospital, so that residents don’t have to travel long distances in search of medical care.

“With these health facilities in Nairobi everyone will be able to access services without having to travel kilometres to Kenyatta hospital,” he said.

And to address the city’s perennial water shortage, the President said the government has also embarked on digging boreholes in different parts of the city to enable residents get the commodity at no cost. He said the boreholes will also ensure water cartels do not take advantage of the problem to frustrate Kenyans.

“Water scarcity is one of the major problems facing Nairobi but as the government instructed NMS to drill boreholes even as we wait for the project to be completed”.

He added, “People in slums can now get water for free.”

In Dandora, the President called upon the completion of the Sh 350 million Dandora Stadium project as the Ethics and Anti-Corruption Commission continues its investigations on the project.

“As EACC continues with investigations, the contractor should come back on site and finish the remaining works,” Uhuru said, emphasizing that the culprits found guilty will face charges..

This comes as a section of Dandora residents pleaded with the President to open the stadium whose works has stalled.

While lauding Members of the County assembly for passing the BBI Bill , he said it will increase the amount of development resources devolved to the grassroots.

On politics, President Uhuru has urged leaders to dialogue among themselves saying their animosity was trickling down to the electorate. He called for unity and love among Kenyans saying the division being propagated will only lead to conflict and bloodshed.