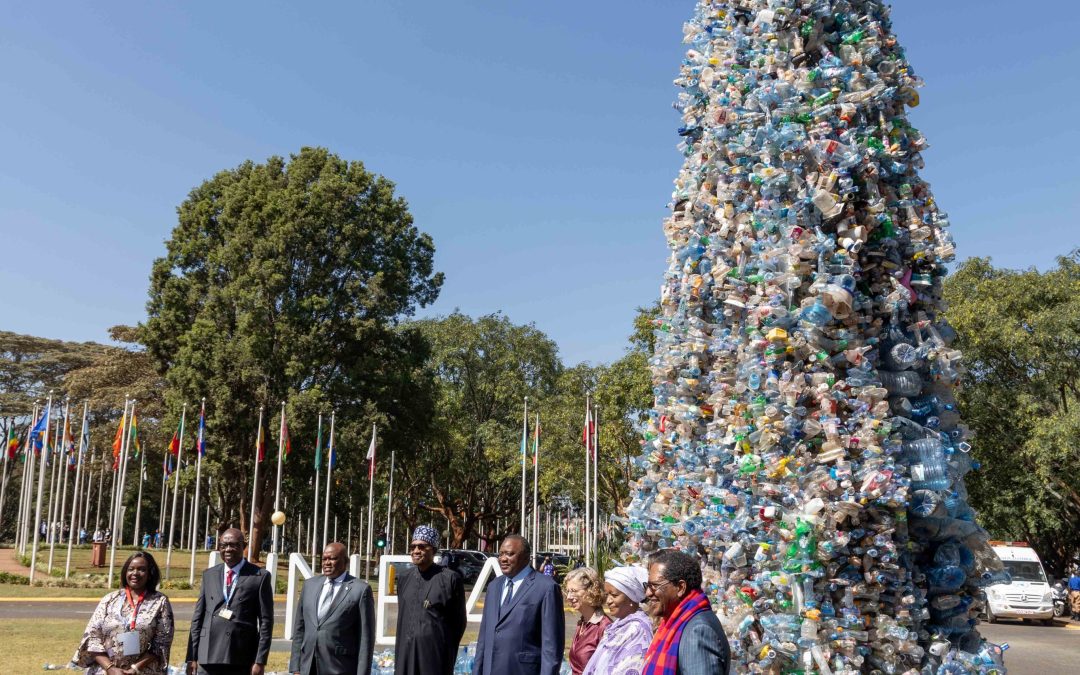 Speaking during the 50th celebrations of United Nations Environmental Programme UNEP IN Gigiri, Uhuru highlighted that Kenya has supported UN operations by providing land for the organization,  adding that the government will provide more for the development of humanitarian and logistic hubs.

The celebrations marked two-day events to commemorate the 50th anniversary of the United Nations Environment Programme (UNEP). During the event, President Kenyatta together with fellow Head of States and Government were taken through the tap of plastics by UNEP Executive Director Andersen Inger.

The 30-foot-tall installation which was created by international artist and activist Benjamin Von Wong is located at the UN Headquarters in Nairobi where discussions of the Global Plastic Treaty took place.

The build-out of the installation provided temporary jobs for over 100 residents of Kibera. The masterpiece highlighted that the plastic conversation revolves around recycling and seeks to get plastic production back under control

President Kenyatta has at the same time announced that there will be a bi-annual Award dubbed , Amani na Mazingira global award.

On his part, UN secretary General Antonio Guterres in a recorded message urged all countries to empower the local community members by proposing increased funding from corporates and international organizations in addressing the threat of climate change.

The celebrations today come after delegates gathered in Gigiri for the UNEA 5.2 meeting which came up with commitments to reduce plastic usage.

The UNEPis the only one of its kind in the African Continent founded in 1972  and responsible for coordinating responses to environmental changes within the UN system.

Among the world leaders present at the event include Nigerian President Mmuhamadu Buhari and Malawian President Mokgweetsi  Masisi. The Presidents unveiled the commemoration plaque of  UNEP at 50