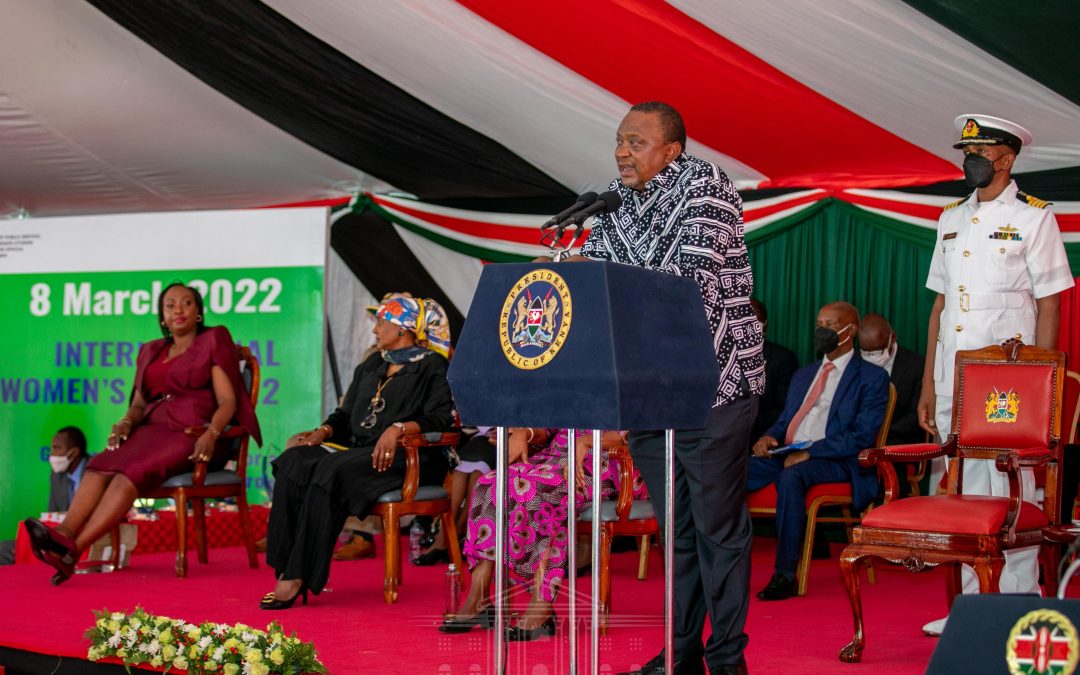 President Uhuru Kenyatta has ordered a countrywide security crackdown aimed at weeding out rogue motorbike riders known as  boda boda operators from the sector following the recent assault of a female motorist along Wangari Maathai Road in Nairobi County.

Describing the incident as disheartening, the President said that he had on Monday evening instructed the country’s security apparatus to clamp down on rogue boda boda cyclists and ensure perpetrators of the heinous act are brought to book.

“Yesterday, I did give instructions and ordered a crackdown on all boda boda operators, starting here in Nairobi and moving across the country,” the President said.

President Kenyatta who spoke at today’s International Women’s Day national celebrations at the Kenya School of Government in Lower Kabete, Nairobi City County, also ordered a fresh registration of all boda boda operators in the country as part of measures to restore order in the sector.

“We are going to re-register you (boda boda riders) all again and we must make sure that we safeguard women. I have instructed the law enforcement officers to use instruments within the law to punish these perpetrators. There should never be a repeat of what we saw,” the President said.

At the same time, President Kenyatta cautioned politicians not to take advantage of the crackdown for political gain saying, the clamp down was aimed at riding the sector of criminal elements that had infiltrated the business.

“We are in the silly season of politics and there are some out there who will go and start saying the Government is harassing small traders and business people. We want to help your business prosper but you must also do your bit,” he said.

The President pointed out that his administration had invested heavily in the growth of the boda boda sector, cautioning that Government’s goodwill shouldn’t be misconstrued as a license to engage in lawlessness by the riders.

The directive came as  Interior Cabinet Secretary Dr. Fred Matiang’i said  more than 200 boda boda riders  among them the main perpetrators of the Friday incident, had been arrested within the last 24 hours and had undergoing fresh vetting, with those found to have criminal records arraigned.

Appearing before Milimani Senior Resident Magistrate Esther Kimiilu, 100  of the riders who were arraigned pleaded not guilty and he were fined 35,000 shillings each. They faced charges ranging from blocking other road users and driving on the pavement.

A crackdown on the motorbike riders in Nairobi’s Central Business District (CBD) today saw the riders vacate the busy district as police intensified their crackdown.

Dr. Matiangi described the operation as ‘painful’ but necessary in order to restore sanity back to the sector that has been characterized  by notoriety.

While addressing a section of women who had taken to the streets today to demonstrate for the end to Gender Based Violence after the assault on a female motorist by boda boda riders, Dr.  Matiang’i  called upon Kenyans to work closely with the government in efforts to streamline the operations in the boda boda industry.