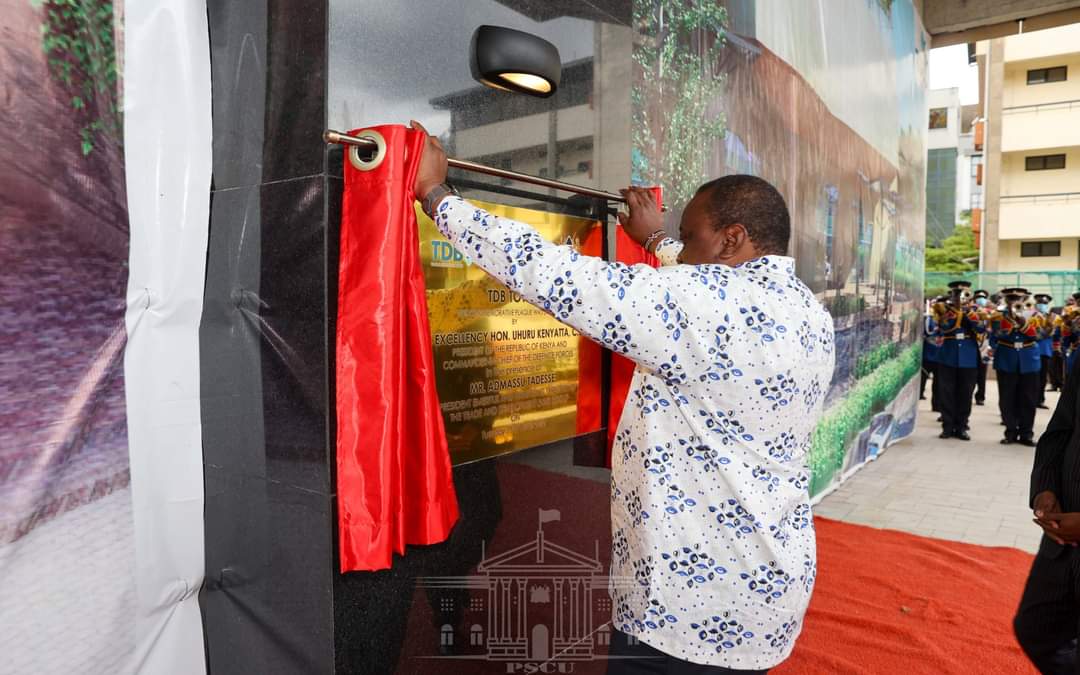 President Uhuru Kenyatta has officially opened the new permanent premises of the Trade and Development Bank.

The magnificent 20-floor tower, located in Nairobi’s Kilimani area, will serve as the bank’s Eastern Africa regional headquarters as well as the regional operations hub.

Speaking during the occasion, President Kenyatta said the expansion of the operational base of the Trade and Development Bank in Nairobi affirmed Kenya’s capability and credentials to host an expanding family of regional and international institutions.

“Indeed, the sustained expansion of Kenya’s economy boosted by strong investor confidence and a resilient banking and financial services sector, validates our claim as a destination of choice for investment in Africa,” President Kenyatta said.

The Head of State also noted that the new building symbolized the exponential growth of the Trade and Development Bank since its inception some 40 years ago.

As one of the shareholders and founding members of the bank, President Kenyatta said Kenya was proud that the bank now boasts of an asset base of US$8 billion.

“This coming close on the heels of other awards by international financial rating agencies confirms that this African bank is growing not just in terms of its capital base but also in terms of the quality of its services,” President Kenyatta said.

He thanked the Trade and Development Bank for its financial as well as policy and programmatic support to the public and private sector enterprises, particularly in mitigating the disruptive effects of the Covid-19 pandemic.