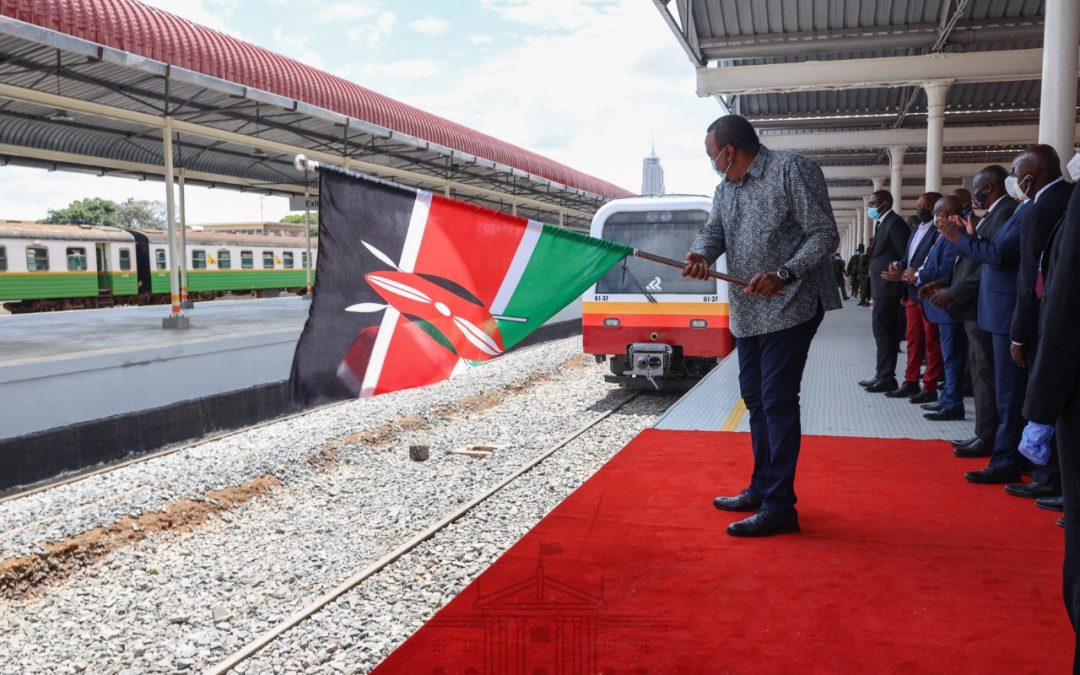 President Uhuru Kenyatta has flaged off the Diesel Multiple Units (DMU) shortly after unveiling the refurbished Nairobi Central Railway Station. The the new look Nairobi Central Railway Station and unveiled commuter rail service across 10 stations in the Nairobi Metropolitan region, will be served by modern trains. The Station was reconstructed as part of the ongoing modernization program of the Nairobi Commuter Railway Service.

The new commuter DMU will get between 30,000 – 40,000 commuters off Nairobi roads every day. The NCRS will create an efficient and affordable mass rapid transport system for the city as well as integrate the rail transport with other modes of transport in the country.

“These stations will also soon be served by 11 DMUs, of which five are being commissioned today,” President Kenyatta said.
The new commuter rail network, which will have day-long hourly train service to and from the 10 stations, will also be integrated with a Bus Rapid Transit (BRT) system that will connect the Nairobi Central Station with existing matatu and commuter bus termini.

Speaking at the event, Pres. Uhuru said the Government is focused in its implementation of integrated transport network projects in Nairobi to curb the huge losses Kenyans face as a result of traffic congestion.

The President emphasized that the Government’s investment in an integrated mass transit is informed by the various transport challenges in the urban areas.

“The estimated value of time lost to travel in Nairobi, as an example, is between Ksh 80 million and 400 million per month, with congestion costing the country about Ksh 50 million daily. “Needless to say, this loss in productivity has impacted adversely the growth of our economy,” President Kenyatta said.