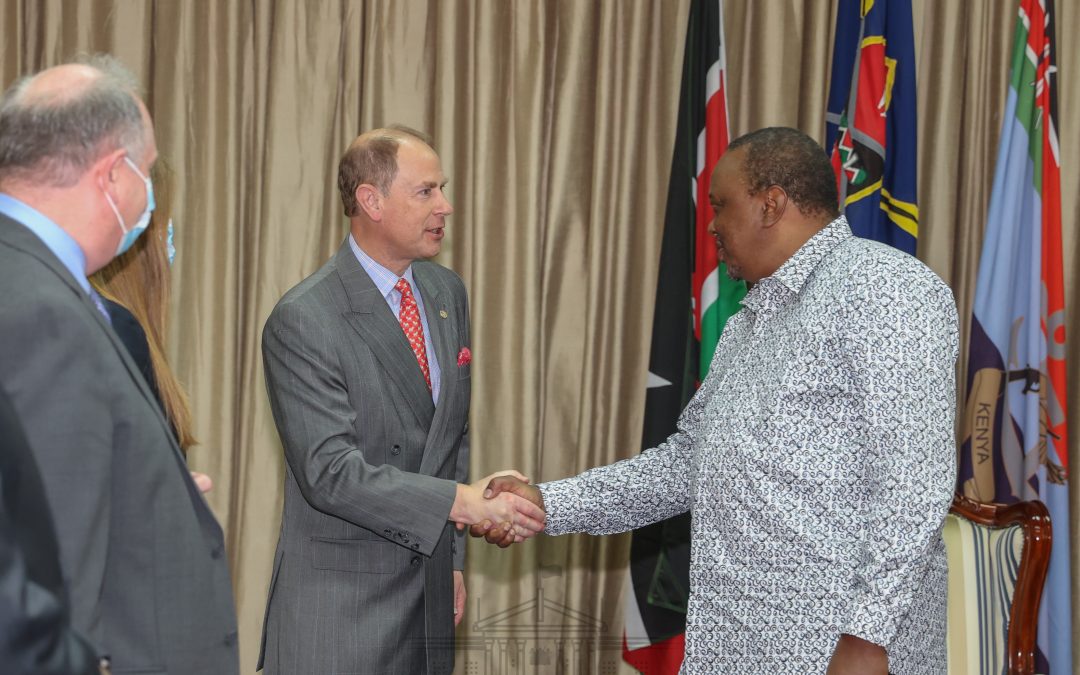 According to State House Spokesperson Kanze Mararo, President Uhuru expressed Kenya’s solidarity with the Government and people of Japan after Prime Minister Kishida updated him on the situation following yesterday’s devastating earthquake in the East Asian country.

The two leaders also discussed other issues of mutual interest to Kenya and Japan including the eighth Tokyo International Conference on African Development (TICAD8) that will be hosted by Tunisia in August this year.

With Prime Minister Trudeau, President Kenyatta lauded the enhanced bilateral ties between Kenya and Canada.The two leaders also discussed trade between the two countries as well as peace and security in the Horn of Africa among other matters of importance to Kenya and Canada.

Earlier on, President Uhuru Kenyatta  held talks with His Royal Highness Prince Edward, the Earl of Wessex and Forfar, who paid him a courtesy call at State House, Nairobi.

During the meeting, Prince Edward commended President Kenyatta for his commitment to championing the needs of young people around the world through the Duke of Edinburgh International Award.

The award, founded in 1956 by the late Prince Phillip, gives young people aged 14 to 24 access to a global framework that empowers them to learn and grow through non-formal education while working towards a globally recognized accreditation.

According to Statehouse Spokesperson Kanze Mararo, President Kenyatta and Prince Edward also discussed the President’s Award Kenya, a self-development programme that equips young people across the country with positive life skills to make a difference for themselves, their communities, country and the world.

The President’s Award Kenya is a member of the Duke of Edinburgh International Award Association and has over 100,000 young people drawn from 750 schools, universities, middle-level colleges, youth groups, rehabilitation centers and open award centers across the country participating.