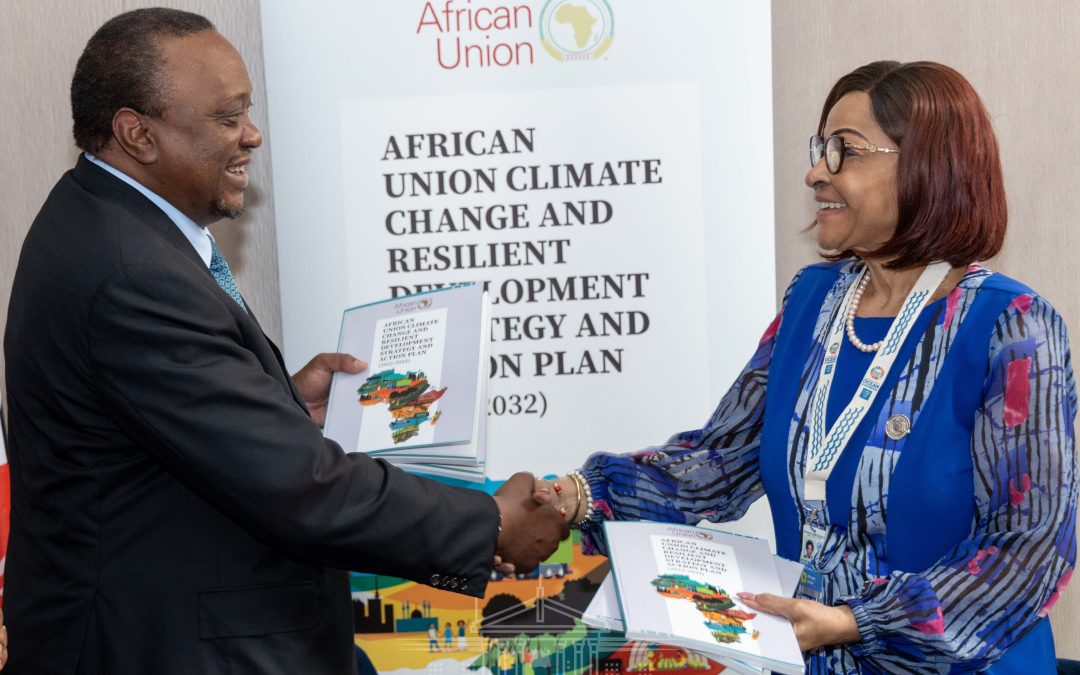 President Uhuru Kenyatta has hosted a hybrid meeting of the African Union Committee of African Heads of State and Government on Climate Change (CAHOSCC) on the sidelines of the ongoing 2022 UN Ocean Conference in Lisbon, Portugal.

In his role as the Chairperson of CAHOSCC, President Kenyatta signed off the 2022 to 2032 African Union Climate Change and Resilient Development Strategy and Action Plan at the high-level meeting that was also addressed by AUC Commissioner Josefa Sacko who delivered Chairperson Moussa Faki Mahamat’s statement.

At the meeting, African leaders and their representatives discussed the progress made in addressing the climate change challenge on the continent including preparations for the 2027 UN Climate Change Conference (COP27) to be held in Sharm El-Sheikh, Egypt.

Earlier on, President Kenyatta called for urgent global action to address challenges facing oceans, seas and the marine environment, saying the world needed to upgrade from proposals on the subject to tangible interventions.

He was speaking as he co-chaired the opening plenary session of the second United Nations Ocean Conference with President Marcelo Rebelo de Sousa of the Portuguese Republic and UN Secretary General Antonio Guterres.

The President said time had come for world leaders to work together in the scaling up of conservation “action-driven by science and innovation” to help solve challenges facing sustainability and health of global maritime resources.

“Our actions are not commensurate with the threat that faces the ocean. We urgently need to build an ocean-based economy where effective protection, sustainable production and equitable prosperity go hand-in-hand. These actions must be taken collectively because the ocean is a global common good,” President Kenyatta said.

He pointed out that two-thirds of global waters lie in Areas Beyond National Jurisdiction (ABNJ) of Economic Exclusive Zones noting that inaction in one sea affects other seas, adding that oceans were the most under-appreciated resource in the world despite their centrality to human existence.

“The ocean covers 70 per cent of the global surface and 3 billion people depend on marine and coastal biodiversity. The ocean is home to up to 80 percent of all life in the world; it supplies nearly half the oxygen we breathe; and around 90 percent of the world’s goods are traded across the ocean. The list goes on and on,” the President said.

Once again, President Kenyatta said that human action continue to put ocean systems under immense stress especially from indiscriminate dumping of plastic waste, pointing out that more than eight million tons of plastics are thrown into oceans each year.

On Illegal, Unreported and Unregulated (IUU) fishing, the President said the crime was threatening the stability of fish populations while dumping of toxic waste into the water was altering and destroying marine ecosystems.

“Poor management of the ocean has reduced the ocean’s natural ability to restore itself. I find it quite surprising that we would put such a critical resource at risk,” he said.

“We need to build political momentum towards ocean climate action as we head for the 27th Session of the UN Climate Conference in Sharma-Al-Sheikh, in Egypt in November. We can no longer continue to make commitments that we cannot honour,” the President added.

President Kenyatta noted that l solutions to the challenges facing oceans lie with the people, saying that if managed sustainably marine resources able to produce as much as six times more food and generate 40 times more renewable energy.