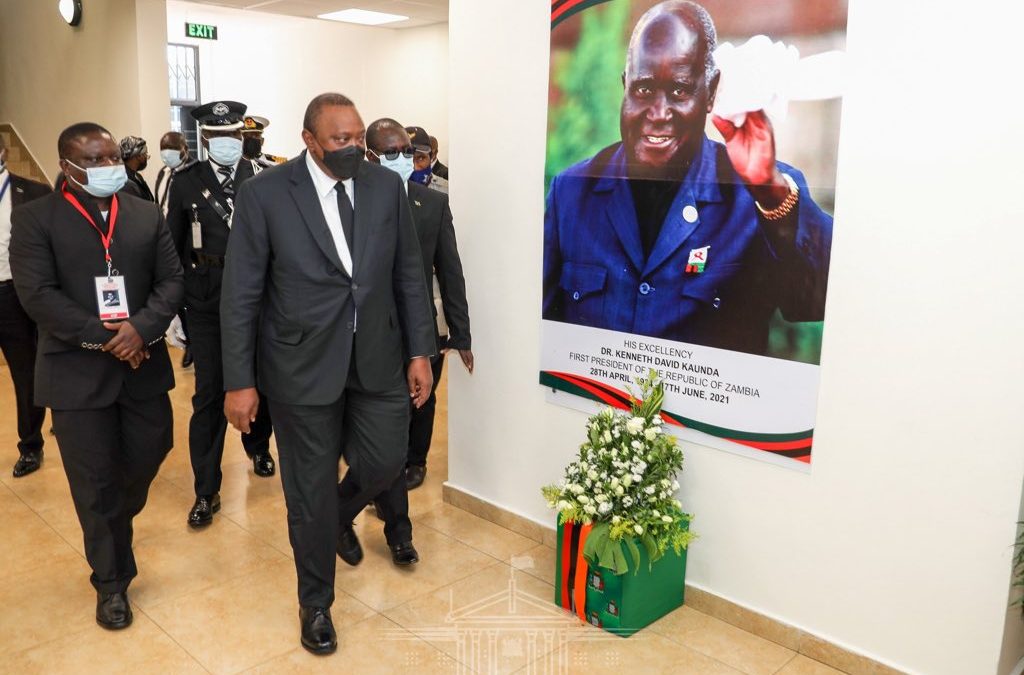 President Uhuru Kenyatta has joined other African leaders in Zambia  ahead of  the State funeral of founding President Kenneth Kaunda, on the 7th of this month.

According to Statehouse, upon arrival in Lusaka, President  Kenyatta signed a condolence book at the Agriculture Show Grounds in the upmarket Lusaka.

Foreign heads of State and government have continued to land in the southern African country that was a base for many of the region’s liberation groups.

Malawian President Lazarus Chakwera was first to arrive, followed by Zimbabwe’s Emmerson Mnangagwa, while the plane carrying President Mokgweetsi Masisi of Botswana touched down at Kenneth Kaunda International soon after.

Tanzania’s former President Jakaya Kikwete and Namibia’s President Hage Geingob are also in the country for the ceremony that comes ahead of Kaunda’s burial next week.

South African head of State Cyril Ramaphosa and Mozambique’s Filipe Nyusi, who is the African Union chairperson, have also arrived in the country regarded as their second home.

The State funeral is being held at the Lusaka Show Grounds.

The casket bearing Kaunda’s body was placed at the centre of the venue as Zambians waving white handkerchiefs and international mourners followed the procession.

Kaunda died at a military hospital in Lusaka after a short  illness, and  is set to buried at the Presidential Burial Corner, where Michael Sata, Levy Mwanawasa and Frederick Chiluba were also buried.