Pres. Kenyatta condoles with Kabuchai Constituency over death of MP 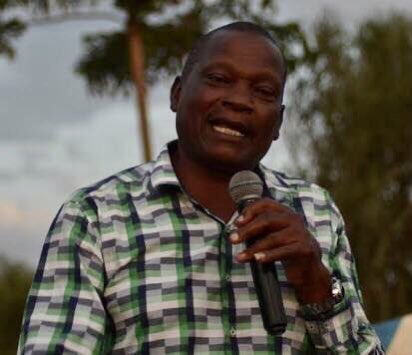 President Uhuru Kenyatta has sent a message of condolence and comfort to the family and the people of Kabuchai Constituency following the death of their Member of Parliament James Lusweti Mukwe.

Hon James Mukwe, a second term Ford Kenya MP, passed away today at a Nairobi hospital where he was undergoing treatment for an undisclosed illness.

In his message, the President described the departed legislator as a reserved but adept grassroots politician whose community projects had helped uplift many families in Kabuchai and the greater Bungoma County from abject poverty.

“It is unfortunate we have lost a very affective leader, an accomplished grassroots mobiliser whose development conscious politics shall be dearly missed by the people of Kabuchai and the entire nation.

“I remember Hon. Mukwe as a man of few words who let his transformative work speak for him,” the President eulogised.

The Head of State mourned the Hon James Mukwe as one of the legislators in whose constituency public funds were properly utilized to deliver services to wananchi.

Ford Kenya leader Moses Wetangula while announcing the passing on of Lusweti, who was his close ally, said he will be remembered as a hard working and loyal member of the party, who served with utmost honesty, commitment and accountability.

Lusweti had been ailing for a while and was hospitalized several times.His body has been taken to Lee Funeral Home.