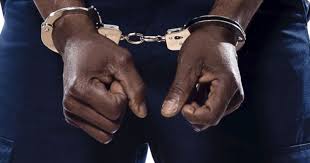 Police have arrested a 19-year old man in connection to the murder of Pamoja FM journalist Mohammed Hussein Marjan.

A woman, suspected to have hosted the six-member gang, is also being pursued by the detectives.

Kilimani OCPD Lucas Ogara has said that they are optimistic that all the people responsible for the killing will be brought to book soon.

Marjan is reported to have been killed at the doorstep of his in Makina, Kibra just a few metres from Kibera Law Courts as he arrived from duty.

The journalist, is said to have been an active member of the Kibera Community Policing Committee, was stabbed six times and died on the spot. He was buried at the Kibera Nubian Muslim Cemetery Monday evening.

The OCPD has said detectives will rely on CCTV footage to track the culprits in Marjan’s kiling, saying the area is covered by surveillance cameras.