Pentecostal churches call for respect to the presidency 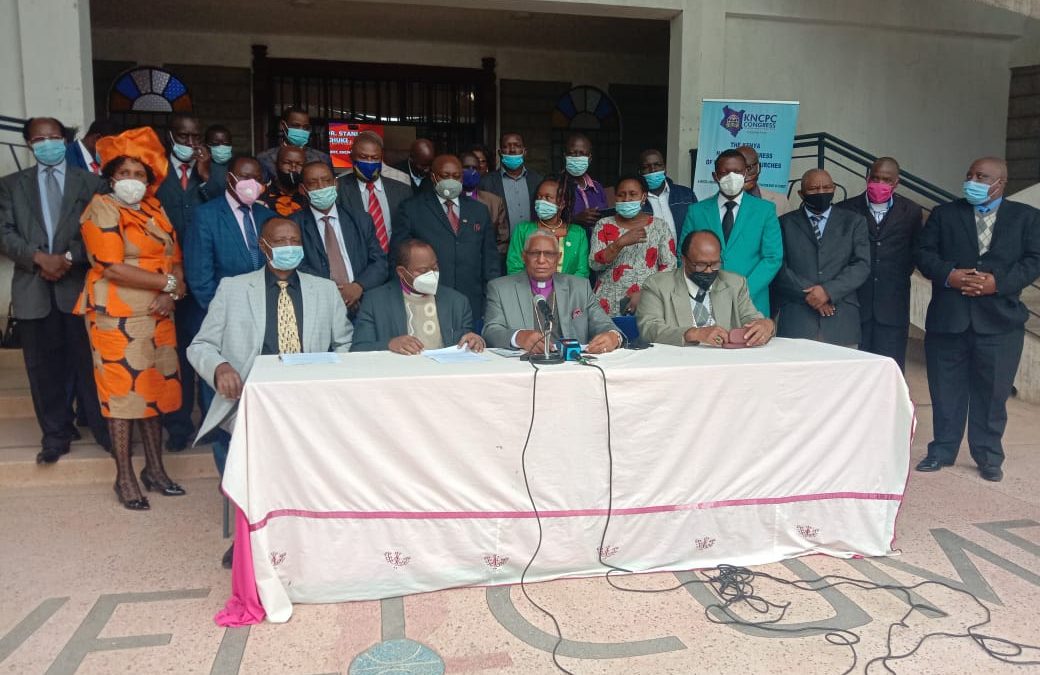 The Governing council of Kenya National Congress of Pentecostal churches and ministries (KNCPC) has called on politicians and the general public to respect the presidency.

Addressing the press at Calvary Temple Buruburu led by BiShoP Dr Stanley Michuki, the Congress asked politicians to stop nam calling saying it has caused tension in the country.

They have also asked politicians to stop displaying personal feelings and hatred in public as this might lead the country to where it was back in 2007/2008.