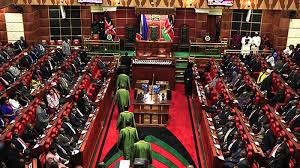 A Parliamentary Scorecard released this morning shows that 21 legislators have made no contribution in 2019 with the legislative output of the 3rd Session of the 12th Parliament being much lower.

According to Parliamentary Monitoring Organization (PMO), out of the 21 members 19 were from the National out of whom 16 were men and two from the senate Assembly.

The trust has ranked David Sankok (Nominated), Wilberforce Ojiambo of Funyula constituency, and  Robert Pukose of  Endebess constituency as the best performing Members of Parliament

The  most active senators are Ledama Ole Kina  of Narok county, Moses Wetangula  of Bungoma county, Aaron Cheruiyot  of Kericho. Others on the list are  Ochilo Ayako  of Migori and Getrude Musuruve , a nominated senator.

The score card has also listed Kapseret Member of Parliament Oscar Sudi and his Nakuru Town West counterpart Samuel Arama as having made zero contributions in the National Assembly since 2017.

At the Committee level,  the Senate the top-performing committee chairpersons were  Nairobi Senator Johnston Sakaja in the Labor and  Social Welfare committee,  Senator Samson cherargei, in the Justice committee, and  Senator Moses Kajwang’ on the County Public Accounts committee.

According to Mzalendo Trust Executive director Caroline Gaita this performance can be blamed on the diminishing role of the opposition brought by the handshake and party cooperation.

Mzalendo trust is calling on the Parliament to enhance technological uptake in order to ensure public participation during this COVID 19 pandemic.As is tradition, Mzalendo tracks the annual performance of Members of the National Assembly and the Senate annually since 2015.

In 2015, Mzalendo Trust released the first Parliamentary ScoreCard. Since then and with the exception of Election years (2017) the Trust have consistently given you, the Citizen, an opportunity to track your MP’s performance.