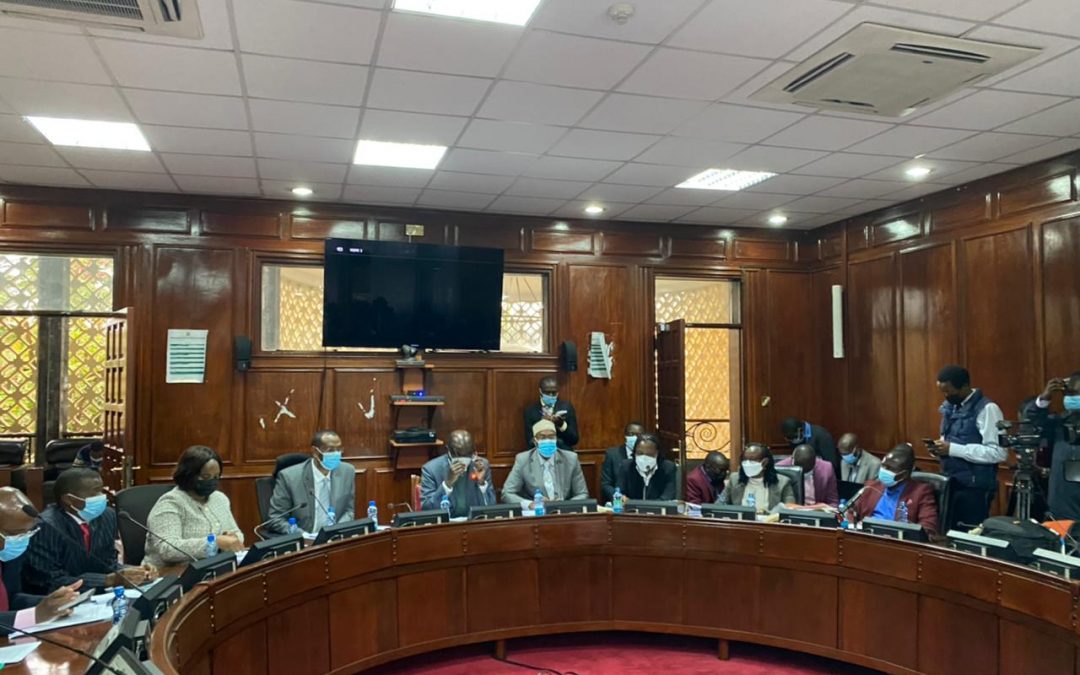 Members of Parliament have dismissed the recently gazetted spending limits by the electoral commission IEBC for the 2022 general elections, and declared the notice null and void.

The Committee on Delegated Legislation said the limits ought to have been approved by Parliament before they are gazetted.

Speaking during the a meeting with IEBC officials led by Chairman Wafula Chebukati at Parliament buildings, where the commission made submissions on the Election Campaign Financing Regulations,  the MPS accused the electoral agency of portraying Parliament as the stumbling block in the enactment of the crucial guidelines which should be in place a year before the general election.

“You are with your lawyers here and they are clear that nothing can be published before they come before Parliament of approval but anyhow you went ahead to spend public money to make gazettement with approval so for all those who would care to know is that IEBC has done its job and the people who are not doing anything is Parliament,” he stated.

However, Chebukati and IEBC Political Parties and Campaign Financing Manager Salome Oyugi  rebuffed claims that the limits were out of time but argued they were hoping for the existing law to be amended.

The electoral commission published the spending limits 2 days ago, an action MPs said contravened the Election Campaign Financing Act, 2013.IEBC however admitted that they were late though maintaining that they had hoped for the existing law to be amended.

“The regulations which we published in 2016 actually touch on the spending limits. It defines how the procedure should be done. But what the Commission believes is that the limits don’t form part of those regulations,” he argued.

The matter had been  brought before the house Tuesday afternoon by the Minority whip in the National Assembly, Junet Mohammed who wanted the speaker to rule against the regulations questioning the timing of their presentation in Parliament.

The Committee will on Friday hold a retreat to decide the fate of the campaign financing limits through which the electoral commission reduced spending by Presidential candidates from Sh5.2 billion to Sh4.4 billion.

The electoral body said it had set the limits for political parties in accordance with the Constitution, IEBC Act 2011, and Election Campaign Finance Act 2013.