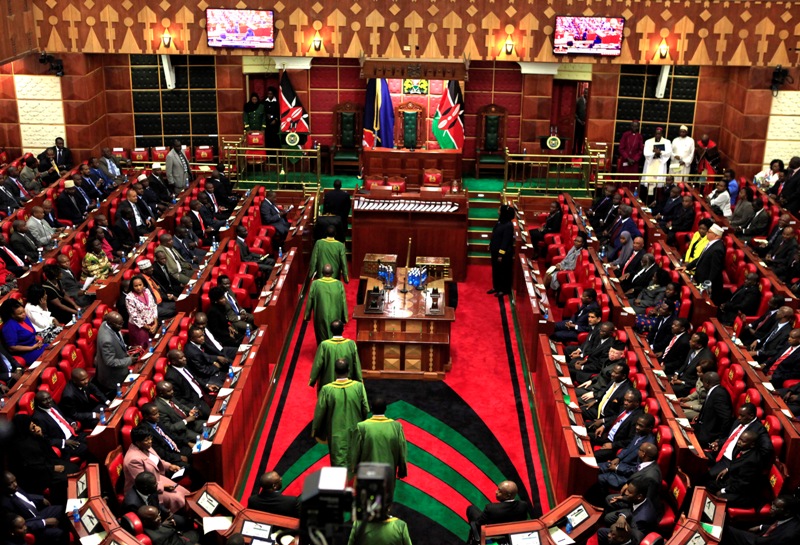 The National Assembly Public Accounts Committee chaired by Ugunja MP, Opiyo Wandayi on Wednesday held a meeting with the Principal Secretary in the Ministry of Finance Dr. Julius Muia to deliberate on the Report of the Office of the Auditor General on the expenditure of Covid-19 funds.
The PS told the committee that a total Ksh. 224.6B was the total amount received as covid-19 funds, given as loans by various development partners including the Word Bank.
Of the total sum, there is a Balance of Ksh. 57B which has been budgeted for in the next Financial year.
The committee however expressed concerns with the report from the Auditor General indicating that a separate Ksh. 9.994.B has remained unused, and is under the management of a 12-Member Emergency Covid-19 Response Funds Board, whose legality of appointment is questionable.
The PS told the committee that the money is not in the books of the National Treasury, hence cannot be accounted for by the Ministry.