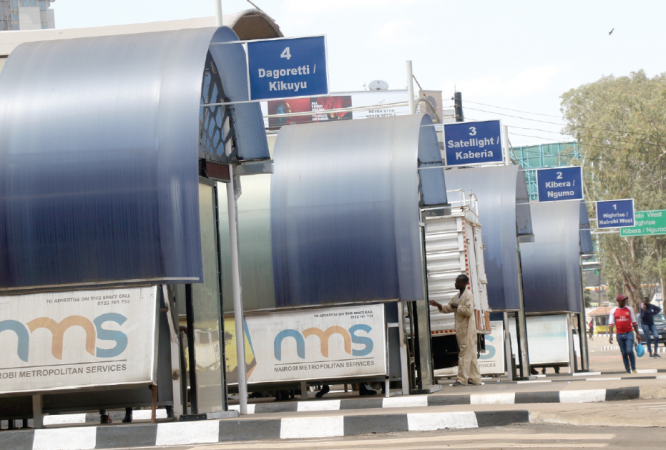 The Nairobi Metropolitan Services, NMS has yet again postponed the operationalization of the Green Park Bus Terminal that was set to commence today, citing request for time extension by Public Service Vehicle (PSV) operators.
According to the NMS Director General Mohammed Badi the postponement came after Public Service Vehicle (PSV) operators requested for time extension and called for further consultation
DG Badi further said that the new date will be communicated in due course.
In the earlier directive, PSVs plying the Ngong Road and Arwings Kodhek route were to begin picking and dropping passengers at the new terminus from today.
The directive had further indicated that next to relocate their operations to the Green park would  be Matatus plying Lang’ata road which will start operating at the terminus on Friday.
The postponement comes as 8,000 Kenya Railways pensioners  demanded Sh650 million payment for the land where the Green Park bus terminus in Nairobi sits on.
According to reports, the Nairobi Metropolitan Services (NMS) had struck a deal with Kenya Railways Staff Retirement Benefits Scheme in 2020 to purchase the 18-acre piece of land located at Railways Club at a Ksh 7.9Billion fee.
In the agreement, the government   through the National Treasury would make the payment in installments of Sh106 million on a monthly basis starting January 2021.
The payments were consistent whole of last year , however the pensioners claim  the remittances had stopped since the beginning of the year.