One dead, as police clash with traders over kiosks demolition in Kahawa West 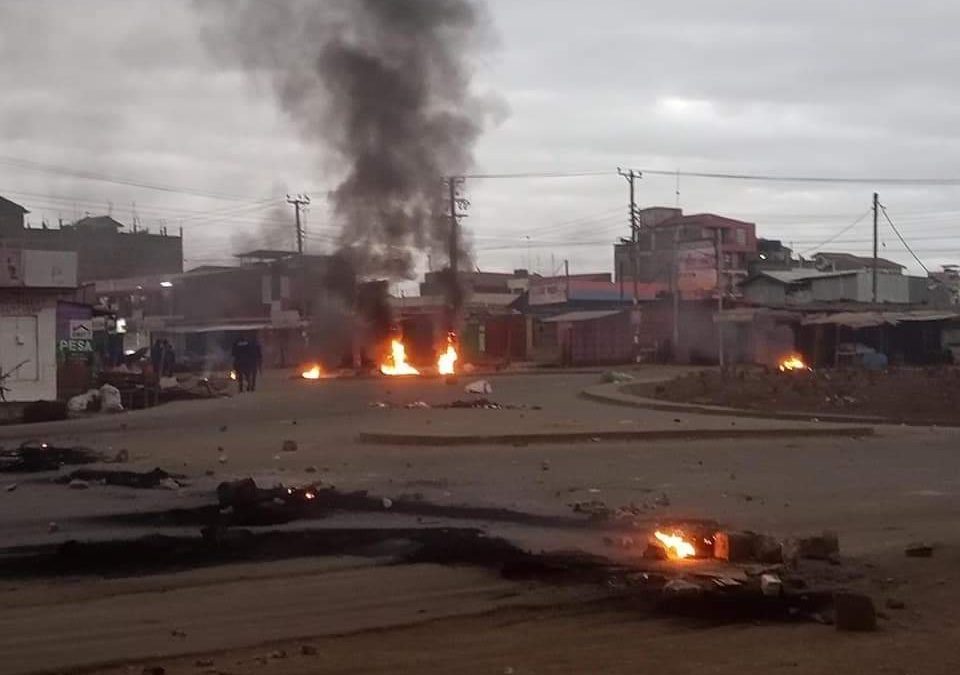 Tension was high in Kahawa West area in Nairobi after a morning of running battles between irate local residents and police officers in Githurai area following a dawn demolition exercise of traders’ premises.

A tuk-tuk driver was allegedly  shot dead by police during the protest by residents over demolitions of their kiosks. Video footage showed residents carrying the dead man on a handcart to the police station as unrest rocked the area

According to the area residents, Nairobi Metropolitan Services (NMS) police started destroying their business kiosks at around 3 am .The residents say there was no prior notice ahead of the demolitions prompting their reaction.

Protests intensified with police getting into heated exchanges with the residents. The protestors have now largely retreated from the zone after the police controlled them using tear-gas and other crowd-control munitions.

Thousands have been rendered jobless in Kahawa West after their businesses were destroyed.

Following the events, the Independent Policing Oversight Authority (IPOA ) announced that it has launched investigations into the death of  the man during protests. IPOA chairperson Anne Makori said the authority received a report of the death as police allegedly responded to contain a demonstration over  demolished roadside structures.

The investigation will seek to determine whether the death falls into the authority’s mandate of holding the police accountable and whether the deceased succumbed to the injuries allegedly caused by officers.

She said team officers have been dispatched to the area to observe how the police conducted the management of the demonstration.