Olunga awarded player of the month in October, November 2021 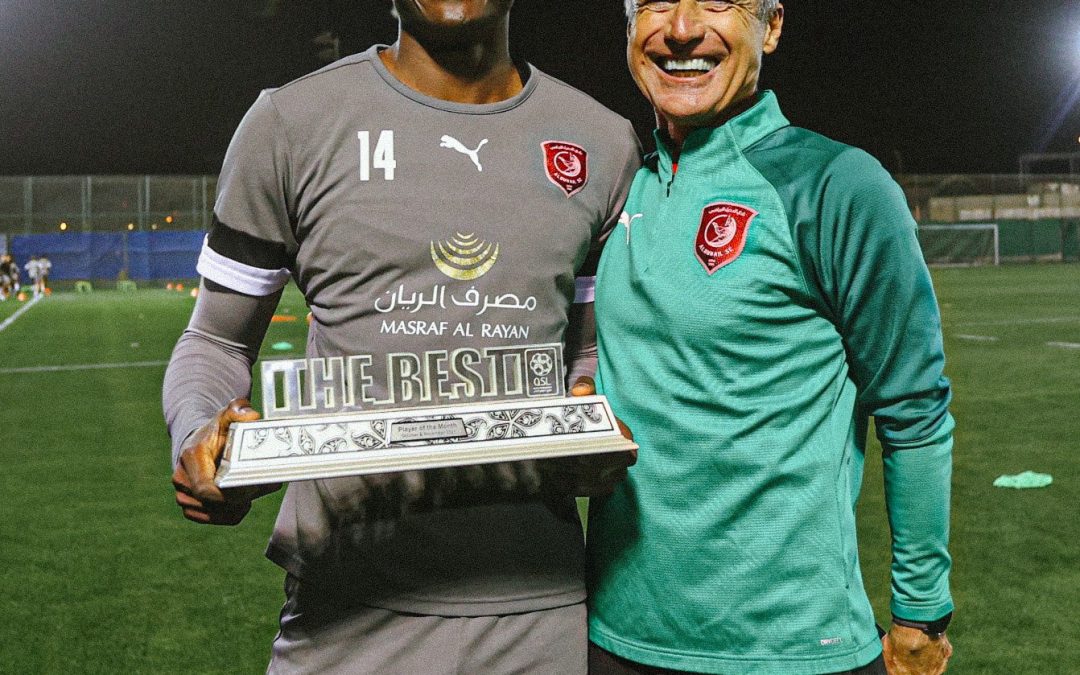 Kenyan international Michael Olunga was finally presented with the October and November Player of the Month award and was humbled to be feted.

The 27-year-old plundered five goals in five matches in the two months including a brace against reigning champions Al Sadd.

The other three goals Olunga bagged in the October and November came against Al Rayyan, Al Shamal and Qatar Sporting Club.

The former Gor Mahia forward’s five goals saw him move to the top scorer’s chart with 12 goals this season, one more than Algerian forward Baghdad Bounedjah.

Olunga has been nominated in a number of awards recently following his impressive AFC Champions League campaign where he netted nine goals.

He won the Golden Boot award and was nominated for Goal of the Tournament and Forward of the tournament which are to be made public in due course.