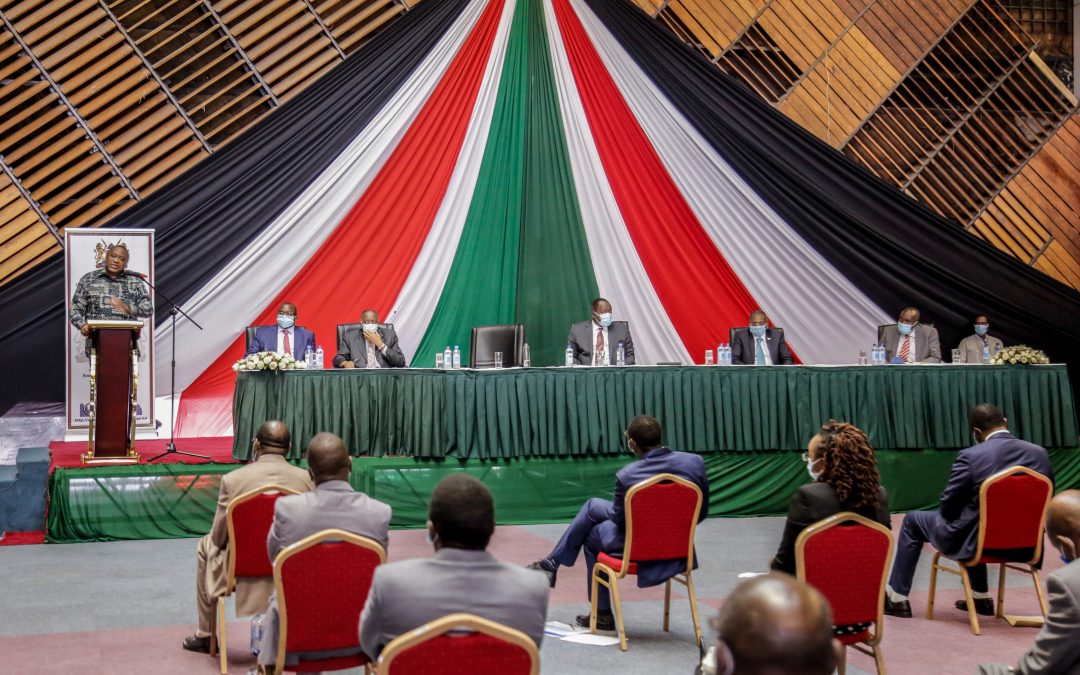 President Uhuru Kenyatta has warned against political interference in the forthcoming national roll out of the Kazi Mtaani youth employment program.The President said the initiative was mooted to assist Kenyan youth whose livelihoods had been disrupted by the Covid-19 health crisis.

He was speaking at KICC in Nairobi at the close of a two-day training workshop on Kazi Mtaani for Regional and County Commissioners, Following the successful pilot phase of the program, the national roll out of the youth employment initiative will start on Monday next week.The President said the pilot phase of the intervention, which was conducted in eight counties, had been a major success.

“I had the opportunity to visit a number of sites where these young people were working and I saw the positive impact they had in terms of improving lives and protecting the environment of those who are the most vulnerable,” he said.

The president regretted that similar interventions were in the past mismanaged and, directed Regional and County Commissioners to take full control of the program.

“Many of you will recall that a similar program was unfortunately abused. I have to be very clear with you, we will not entertain abuse this time around”.

“It will be your direct responsibility to ensure that there is no abuse. It is for you to ensure that the money that comes to your regions is used properly and used for the intended purpose,” the President said.

President Kenyatta charged Regional and County Commissioners with the responsibility of ensuring transparency in the recruitment of the youth into the program.He said beneficiaries of the Kazi Mtaani initiative should be identified purely on merit.

“Recruit people who are in need and not brothers, sisters or cousins. This money should only help the people who are in real need. The first test for you will be the recruitment,” the President told the administrators.

In his remarks, Interior CS Fred Matiang’i reiterated the President’s message saying the national roll out of the program must meet the highest levels of integrity and transparency.Dr Matiang’i observed that the pilot phase of the youth employment initiative had registered positive outcomes with very high level of commitment, focus and effectiveness exhibited by the administrators.

“But still, much more is demanded of us to go forward. It’s then upon us not to let the President down,” he implored.