No celebration yet, as COVID 19 tally drops to 59 cases 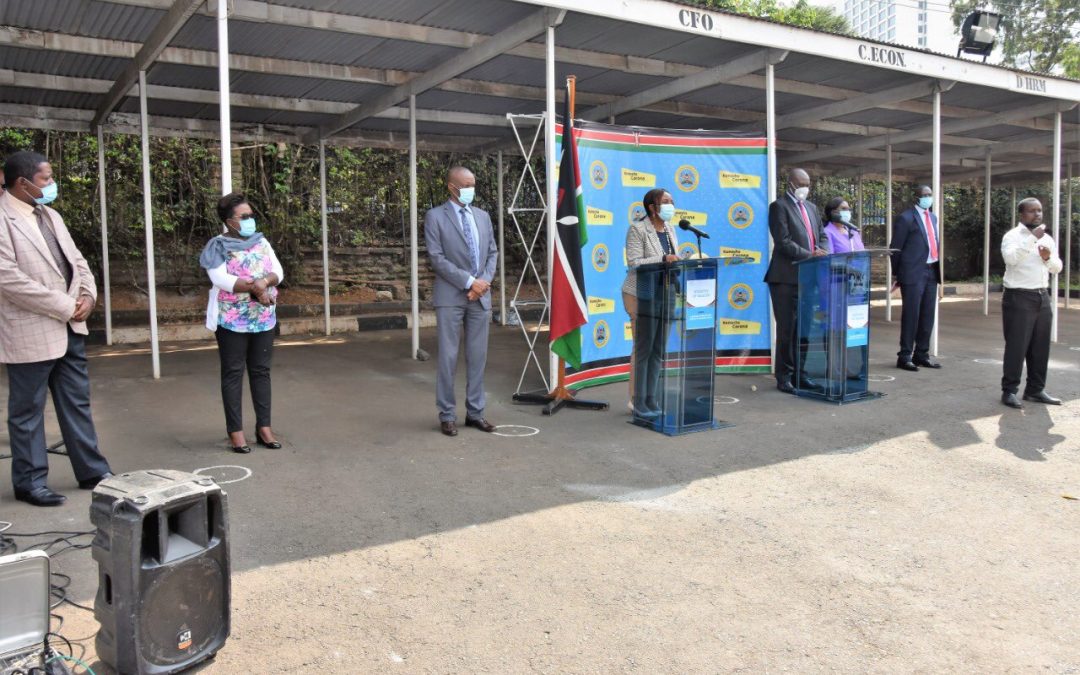 The Ministry of Health has reiterated that positive COVID 19  cases continue to be recorded and hence,  more reason for Kenyans to strictly adhere to government guidelines to contain the virus.  This comes after the country recorded 59 positive coronavirus cases  in the last 24 hours, from a sample pool of 2352. Health Ministry Chief Administrative Secretary Dr. Mercy Mwangangi however cautioned that the  low number of cases reported from  the sample pool does not directly mean that the country is recording low positive coronavirus cases and therefore no reason to celebrate just yet.

What is being  witnessed in countries around the world even including those among the developed nations is that,  the increase in the number of positive cases being recorded pose a huge  threat to the functionality of the health care system.
It is for  this reason that the world health organization introduced guidelines for home based care for patients with mild symptoms who would easily be taken care of at home to lessen the burden to health care systems which threaten to be strained already.
Kenya in past week, introduced home based care that would be run by 59,000 community volunteers who have already been dispatched to all the counties. In line with this the Ministry of health wants to bring on board other community based groups including NGO’s  to help educate Kenyans on the virus.
For countless number of times,  the government  has called on Kenyans to follow the laid down Ministry of Health guidelines to curb the spread of the virus especially owing to the fact that community transmission is increasing.
However, political leaders have been seen to flout this measures and proceed  o conduct meetings with no regard to the guidelines. Health Ministry Chief Administrative Secretary Dr Mercy Mwangangi has however asked Kenyans to instead focus on protecting their own lives
In today’s tally of the disease,  Nairobi  has reported the highest number of positive cases at 28, Mombasa ata 21, Kilifi at 3 Kimbu at 2, Machakos 2 , while the counties of Kisumu, Bungoma, and Uasin Gishu recorded one case each. The cases by sub county in Nairobi were 7 cases in Dagoretti, 5 in Kibra, 4 in Embakasi East,3 in Embakasi North 2 each  in Embakasi central and in Embakasi West. 3 cases were recorded in the Westlands and one each in Roysambu and Makadara.
At the same time,  Kenyans have expressed divergent views regarding how the government  has managed the spread of infections in the first 100 days as well as the role  local Kenyans are playing in containing the spread. Additionally Kenyans are  calling  on the government to tighten the observance of measures in the next 100 days.
Globally,The World Health Organization (WHO) has warned that the coronavirus pandemic is still accelerating, and that its economic and other effects would be felt for decades to come. WHO Director General Tedros Adhanom Ghebreyesus complained of a lack of global solidarity and leadership in the crisis.He told a virtual health forum this had been exacerbated by the politicization of the pandemic, and that the virus could not be beaten in a divided world.
US President Donald Trump recently ended his country’s relationship with the WHO, accusing it of having failed to hold China to account for the spread of the disease.