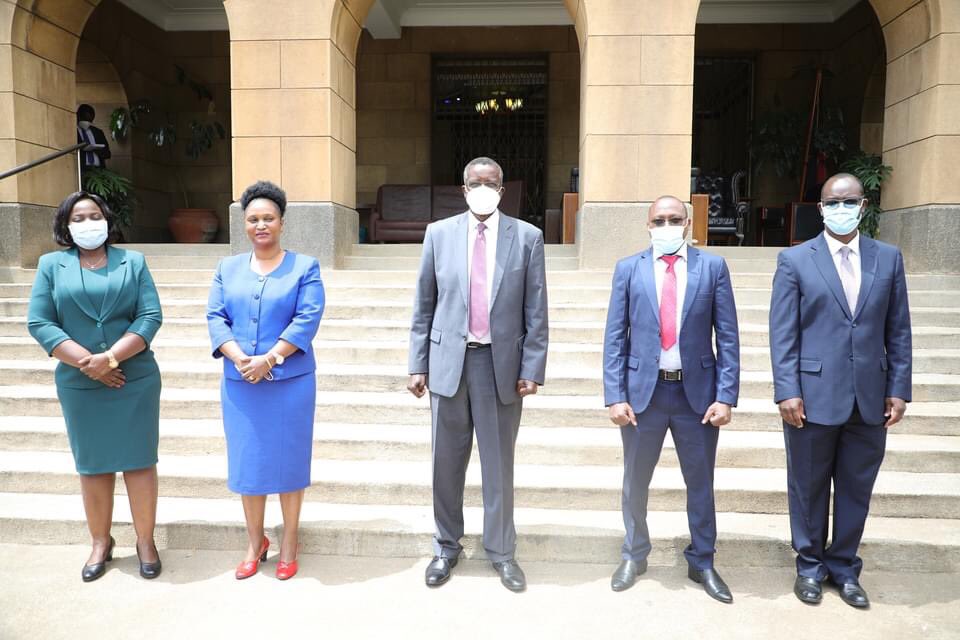 Chief Justice David Maraga has witnessed the swearing in of the Registrar of Political Parties Ann Nderitu, and urged her to ensure her office does all it can to help political parties become institutionalized as long term centers of ideological alignments.

Maraga decried the use of political parties as seasonal vehicles for winning elections as opposed to institutions of ideological alignments.

The CJ said it will be the Registrars duty to ensure that the said parties respect their internal democracy and to supervise how the parties relate to each other.

“To do this you must be very bold and fearless, but also always fair. Not only will you have a resounding impact on the individuals and the parties involved but also on the country’s political climate”, he said.

Nderitu will also be managing funding for political parties. Maraga said her role in the funding is important for the country because the purpose is to make parties well-organized tools for political management.

Also sworn in was Ali Abdullahi, and Florence Tabu both as assistant Registrars.

“When new parties come and go with every election cycle this objective is defeated and the funding becomes a waste of public funds. That is why parties should become institutionalized,” said the CJ.

Nderitu after being sworn in told the CJ, they are working on institutionalizing political parties as the public has a right to know what is happening within each party.

“We will focus on how parties are governed,” she said.

In addition, the Registrar said as per last month they received close to 600 application pending processing for registration.  She said there is no party which can be registered without establishing a mechanism on how issues will be resolved within a political party.