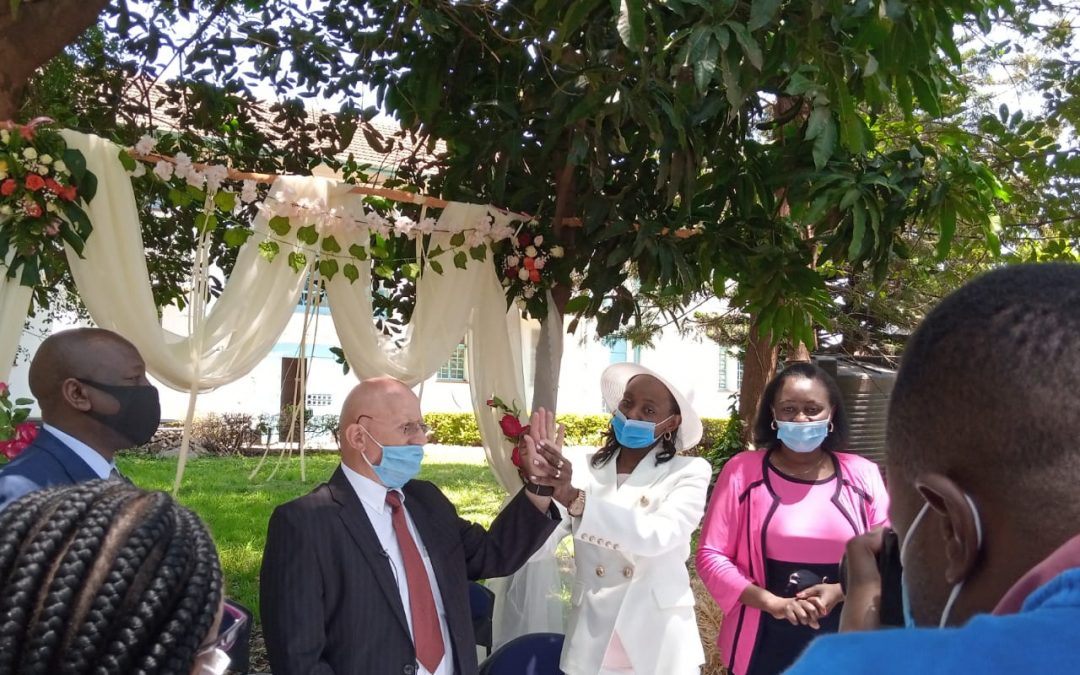 The Office of the Attorney General has officially launched and opened the Nairobi Primary School as a Gazetted marriage registration center.
This follows the backlog caused in its existing marriage offices due to the Covid-19 pandemic.

According to the State Law Chief Administrative Secretary Winnie Gucu, the launch of the Nairobi primary school as a marriage processing center will not only ease the interruption of services caused by the Covid-19 pandemic but also ensure crowd control in compliance with the Ministry of Health guidelines on social distancing.

Addressing the press at the school, CAS Gucu said the venue will serve as a marriage registration centre for persons residing within Nairobi county for three months from September, October and November before schools reopen.

A total of 20 marriages will be done per day for three days, totaling to 60 marriages per week, with only the bride, the groom and two witnesses being allowed at the venue on appointment.

According to Gucu, the office of the Attorney General and the Department of Justice countrywide is still conducting civil marriages in respective centres besides from the normal Church, Hindu, Islamic and Customary marriages which are ongoing.

There has been an upsurge in marriage registration applications hence the need to devise more modern ways to enhance efficiency, according to the CAS.