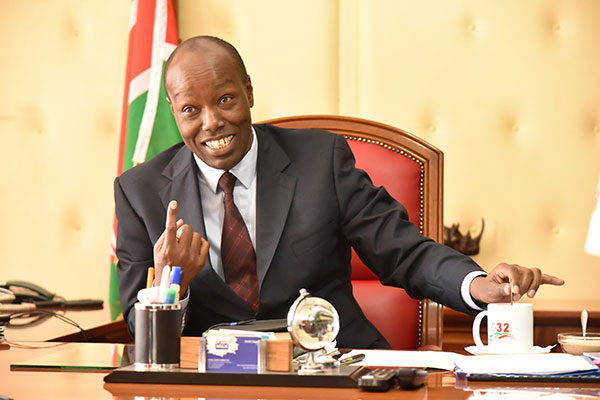 Nakuru governor Lee Kinyanjuii has called on the government to immediately order a national lockdown to curtail the spread of the corona virus.

This follows the pronouncement of health Cabinet Secretary Mutahi Kagwe that two people from Kiti area in Nakuru town, a 28-year-old lady and a 39-year-old man had been confirmed Positive.

Addressing the press at his office in Milimani Nakuru, the governor has said the those who had been in contact with the two are being traced.

His government has also called on those people who were in contact with the two to avail themselves.

Kinyanjui has warned that there has been lapses especially in the matatu terminus warning that the public is living as if the COVID -19 is nonexistent.

Kinyanjui has also ordered night fumigation of the streets in Nakuru to begin tonight. According to the governor the county governments are ill prepared to fight the COVID-19 with Nakuru only having 13 bed ICU facility.

Kinyanjui has said that Nakuru county has enough food to feed its population. Further the governor has said it will be a major uphill task to the government to treat Corona virus cases in the rural areas if there is a major outbreak due to the weak health systems.