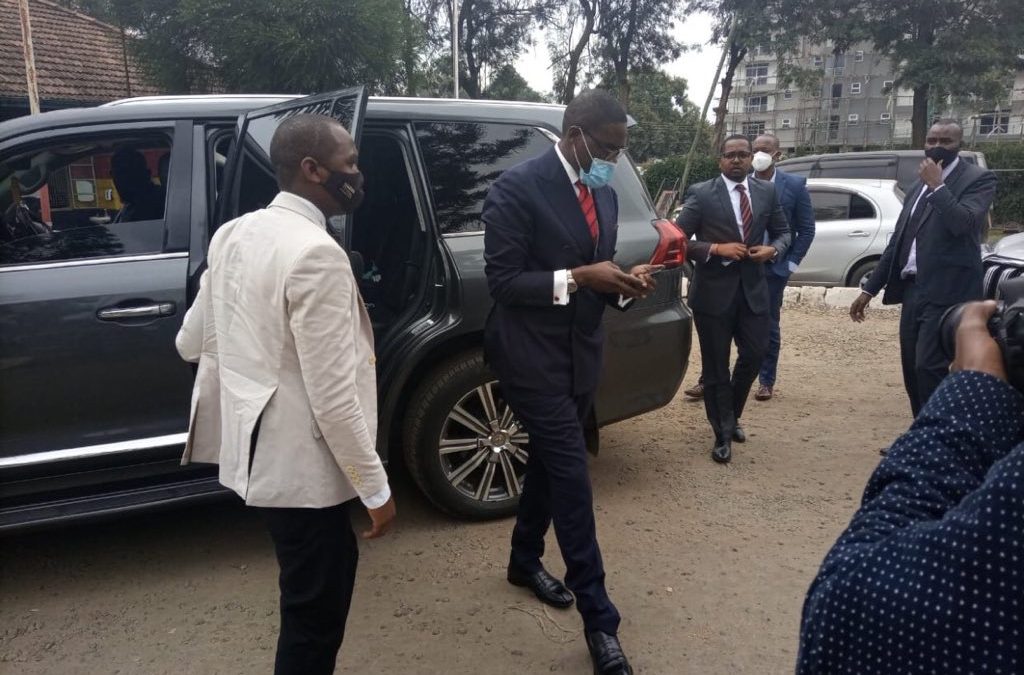 Nairobi Senator Johnstone Sakaja has publicly apologized for flouting COVID 19 guidelines  and promised to take full responsibility. This is after he was arrested at Ladies Lounge in Kilimani with ten other people past the curfew hours on Saturday.

Speaking to the media shortly after he recorded a statement at the Kilimani police station, Sakaja said he has also tendered his resignation to the Speaker of the senate, from the ad hoc committee on COVID 19 which he chairs. Sakaja said he takes full responsibility for his actions including presenting himself in court Tuesday to face appropriate charges.

“I will present myself to court. I have asked to be presented with what I am being charged with. They are saying violation of curfew orders. .I am not trying to make an excuse..”

“Even when I’m over-sighting, I move around..I move around the city and I see. But I can say On Friday, it was not any official duty. I was not over-sighting. I was not looking at what they were doing. I was wrong on that one. On that one, I agree. And I am sorry for that. But yote ingine (all other matters) around it, we shall see.” Sakaja told reporters.

He however denied allegations that he threatened police officers during his arrest and accused them of using excessive force against him.

“The whole of Saturday and Sunday, more than 50 officers brandishing guns have been going to my residence. I am not a fugitive. My children have not committed any crime, why intimidate them with guns?” he asked.