Nairobi Expressway to be completed in March 2022, Pres. Uhuru says 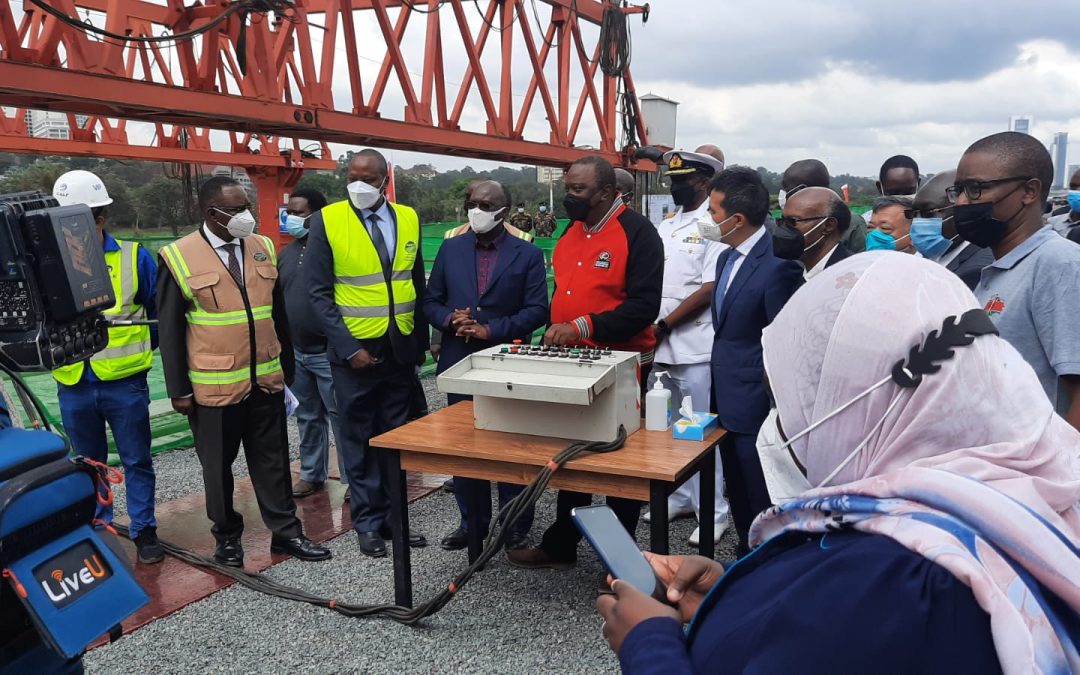 President Uhuru Kenyatta today  made an extensive inspection tour of the 27.1km Nairobi Expressway which is currently 93% complete. The elevated bridge, which starts from Nextgen Mall on Mombasa Road, traverses Uhuru Highway, and ends in Westlands  just near the Nairobi school, is now almost complete.

The dual carriageway  is expected to modernize the country’s infrastructure and ultimately put an end to traffic jam in the capital city.

The President drove himself to the laying of the last girder that links the Nairobi expressway, and officially lowered the last box girder linking  the elevated road.

The President, who was accompanied by Infrastructure Cabinet Secretary Dr James Macharia, and Nairobi Metropolitan Services Director General Mohamed Badi, expressed satisfaction with the progress of the 8-lane elevated dual carriageway whose completion is scheduled for March 2022.

The  President  has praised Kenya’s relationship with China saying it is a partnership of mutual benefit. Recognizing the Chinese efforts on the constriction of the Nairobi Expressway, Pres. Uhuru expressed his full confidence in the speed the contractors are moving.

“I want to thank our contractors. .because we started this project exactly almost one year ago. So, three days earlier to one year, I am confident with the speed they are moving with. The indicated date of March is bound to be met. And I will be pleased to drive all the way from Machakos junction, and launch the road from Rironi to Mau Summit, thereby reducing the gridlock that people have experienced that has added to the cost of doing business in out country and inconveniencing our people,” the President said

“And that is why infrastructure is key in out country,” Pres. Uhuru added.

He added that all major works are expected to be finalized by end December 2021. The road which will be open to tolling in April 2022.