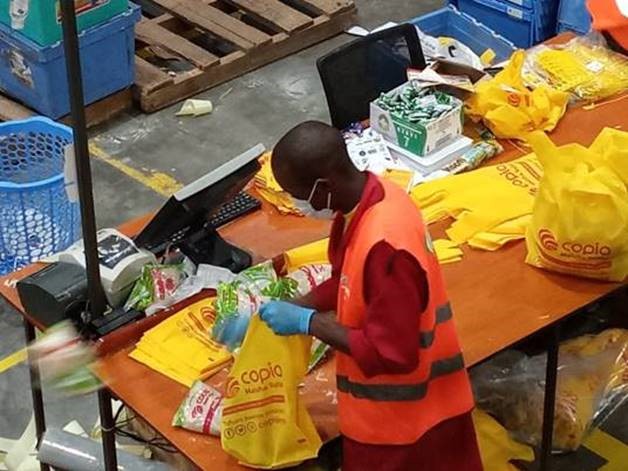 Copia Global, a fast-growing mobile commerce platform built to serve middle to low-income African consumers, has announced that it has expanded operations to Uganda.

Copia Uganda is built on the company’s success in its initial market, Kenya where Copia serves more than 1 million customers and is doubling in size every year. The expansion will bring high-quality and affordable products to millions of middle class Ugandans, regardless of location, technology access or connection status.

The expansion comes against a  2016/17 study by the Economic Policy Research Centre, which showed that  Uganda has experienced an upsurge of the middle class. A comparison of previous data revealed that the population doubled from 3.7 million to 8.3 million between 2013 and 2017. Despite this population growth and the expected increase in purchasing power, the country’s retail sector is still majorly supported by the informal retail sector, similar to most of Sub-saharan Africa. Copia’s mobile commerce provides the needed convenient access to formal retail shopping for the middle- to low-income population in the country.

At the back of the worsening COVID 19 pandemic, the timing of  the expansion to Uganda by Copia is deemed  fortunate for Ugandans given the vast need for Copia’s mobile commerce service, which is considered  an essential business that can continue to operate day and night . People can access all the goods they need to run their households while remaining safe and healthy, away from large towns and markets. A 2020 report by the United Nations Development Programme (UNDP) on the socio-economic impact of COVID-19 in Uganda shows a 50% decline in physical visits to retail stores and a 36% decline in visits to groceries and pharmacies due to restricted in-person business operations.

While nearly 20 million Ugandans have mobile subscriptions (44% out of a total population of 47 million) only 12 million use the internet, which leaves a large gap in the number of people enabled for the digital economy. While Copia is a technology enabled company through and through, it does not require customers to be tech savvy. The system is flexible to allow people to order anything they need through whatever medium best suits them, whether it be a phone call, text message, app or through a local agent.

“Uganda has one of the fastest growing middle classes in the world with a hard-working population and a dynamic entrepreneurial culture. Copia is designed specifically to serve this high growth but underserved consumer base who want access to high-quality products at the best prices” said Tracey Turner, Copia Global Founder and Chair. “Harnessing mobile technologies, a network of local agents and logistics technology, Copia can transform middle class and emerging middle class Africans into empowered global customers. Our expansion into Uganda is the next step in fulfilling that mission. ” she said.

Established in 2013, Copia’s model leverages a network of digitally-enabled, locally based agents who operate as order and delivery points to meet consumers where they are, online or offline. Copia agents are existing trusted shopkeepers like a local grocer or butcher, where customers can select and pay for products chosen from a Copia catalogue. After the order is placed, Copia sends an SMS order confirmation to both the agent and the customer and in 2 days, Copia delivers the products to the agent for customer pick up. Through the creation of its agent network, Copia supports the resilience of thousands of small and medium enterprises in Uganda.

Copia has meanwhile announced plans to expand its mobile commerce platform and logistics network across other regions of Africa over the coming years.

Tim Steel, Copia Global Chief Executive Officer, said: “ We are mindful of the challenges facing consumers in remote areas and we aim to be part of the solution to connect them to quality and affordable products. Over the last seven years, we have completed more than five million deliveries and served more than one million customers in Kenya and we are eager to expand our success story to the Uganda market.”