Medics now sue government over Chinese flights to Kenya, as COVID-19 rages on 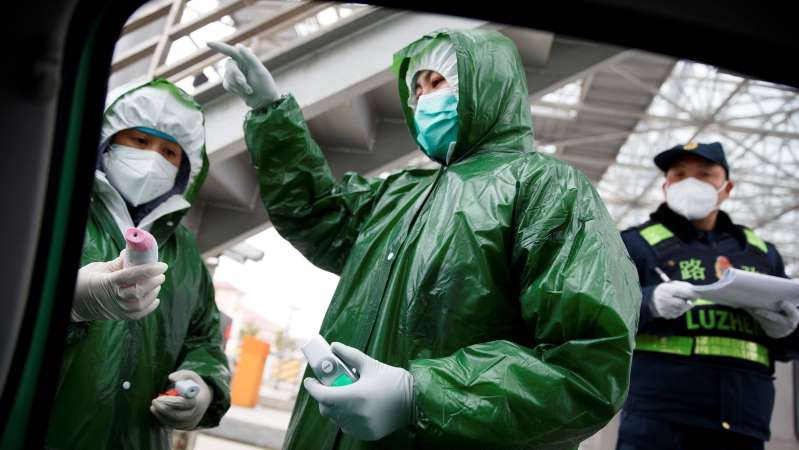 Two medics and the Law Society of Kenya   have  moved  to court seeking orders to suspend the decision by the  Government  to allow flights from China to Kenya due to the Corona virus outbreak.

Dr. Joseph Mzalendo and Dr.  Thiakunu Mwirabua  want the Court to issue an injunction stopping the   Government from allowing Chinese Nationals to enter into the Country either by Air,Land and Sea.
The two ,through lawyer Henry Kurauka  say the Government’s decision to allow flights from China have caused great anxiety ,mental anguish and trauma to Kenyans
In his affidavit ,Dr Mzalendo says that the Government should have consulted medical proffessionals prior to making serious decisions that are likely to infringe on the constitunal rights of citizens .

The doctors also want entry of nationals from any other World Health Organisation designated  hotspot Countries   that is adversly affected by  the Corona virus  outbreak ,restricted until a case they have filed is heard and determined.
The doctors say that on 26th  Febraury the State made a reckless and unconstitutional decision to allow 239 passengers aboard a Chinese plane to land into the Counrty in Contravention of Global Travel restrictions and the Constitution which gaurantees citizens the right to life, health and safety.

The two  further say  the Government has not put any serious tracking mechanism for primary contact people  for close monitoring after exit from the Airport.
They  insist that Kenya has no capacity to contain the outbreak of the virus and the best remedy would be to place strict measures  restricting entry into the Country.

LSk in their suit add that   that the World is in a global health crisis because of the outbreak of the virus .
“It is judicially noticeable that other airlines across the world have similarly suspended flights to China in order to contain the virus,”the argue.

The LSK in their petition have sued CS for Health Cecily Kariuki,Fred matiangi, Kenya Airports Authority,China Southern airlines and the Attorney General over coronavirus.

“Pending the hearing and determination of the application a conservatory order be issued suspending the respondent’s decision to allow the China Southern Co. Airlines Ltd resumption of non-essential flights from China to Kenya,” reads the papers.An activist has also sued a similar petition

The lawyers further want the court to order the respondents to prepare and present to the court for scrutiny, a contingency plan on prevention, surveillance, control and response systems to Corona Virus in the country.

They argue that the SC for health has failed to disseminate to the public information on risks, protection measure , signs and symptoms , responses or health facilities to report cases of infections to  adding that there no hotline for the public to seek or supply information to the government on the epidemic.
The matter is ongoing before Constitutional Judge James Makau.