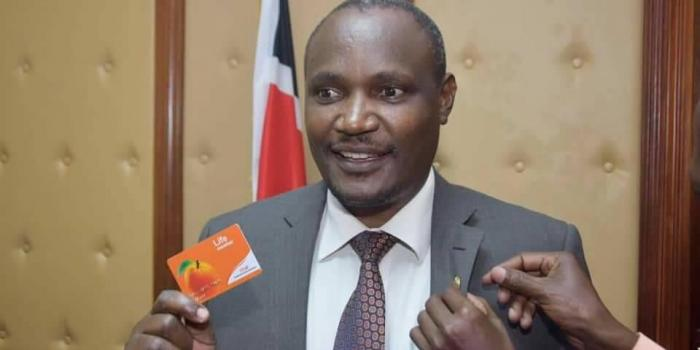 In a statement, the Orange Democratic Movement chairman Mbadi said that he made the move after careful discussion with the party officials.

“In the interest of these, I have today withdrawn my bid from the Homabay County gubernatorial race. I will therefore henceforth place more effort in the Azimio presidential bid and the nationwide bid to have ODM secure as many seats as possible…tasks that I am sure I can positively add value to.“ the Suba south lawmaker said.

“Even though it was difficult to exit the gubernatorial contest, the decision was borne out of my unquestionable commitment to the party, the quest for the national growth and stability and the support for  party leader Raila Odinga’s presidential bid”

This comes just a day after the ODM party announced that it would adopt consensus in some areas to avoid fallouts. In the pact, Homa Bay Woman Representative Gladys Wanga is expected to fly the party’s flag for the gubernatorial race and deputized by Oyugi Magwanga. Mbadi said he will now put more effort into drumming up support for the Azimio presidential candidate.

This, as the party has embarked on refunding the gubernatorial aspirants their nomination fees, and handing tickets to most popular candidates as opposed to subjecting them to primaries.

The party has in the past week , already issued direct certificates in at least 10 electoral areas, including three gubernatorial positions and four parliamentary seats and refunding nominations fees to the unsuccessful aspirants.

The party is also writing a letter of regret to all the unsuccessful applications and provides reasons for the issuing the direct ticket.

ODM national chairman John Mbadi on Sunday said the party will make refunds in all electoral seats it will be issuing direct certificates.